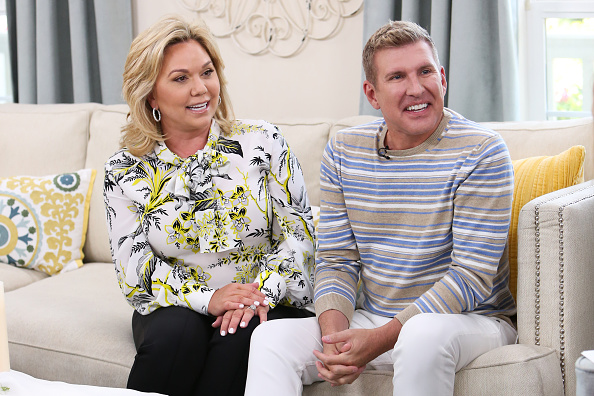 These Wealthy White People Are Going to Prison

I’ve written about Todd and Julie Chrisley exactly once, back in June, when they were convicted of various tax crimes. I expected that the husband and wife that make up the reality series Chrisley Knows Best would, like most wealthy white people, receive a slap on the wrist and maybe even a few months of prison they could exploit and turn into a reality show. That seems to be how these things go, and I think the USA Network expected as much because they didn’t immediately cancel Chrisley Knows Best even after they’d been convicted. In fact, they still planned on airing the 10th season, some episodes of which were taped before their conviction.

There will not be an 11th season. The IRS threw the book at the couple, at least in wealthy-white people terms (the book was a Kindle loaded with free WiFi and dozens of magazine subscriptions). Todd Chrisley was sentenced to 12 years in prison, and his wife Julie Chrisley was sentenced to 7 years. Even worse? USA Network has canceled their show, and all the various spin-offs, including Growing Up Chrisley, which was about their kids, who did nothing wrong except feast on the ill-gained wealth of their parents and spend lavishly with little consideration for others.

What exactly did Todd and Julie Chrisley do to merit a combined 19 years in prison? Basically, they submitted a bunch of false documents to obtain millions of dollars in loans, which they used to buy real estate and luxury cars and go on expensive vacations. When they ran out of money, they used fraudulent documents to take out additional loans to pay back the original fraudulently obtained loans, until eventually they were left with $20 million of fraudulently obtained debt. And then they filed for bankruptcy and walked away like Angela Bassett in Waiting to Exhale, only instead of blowing up a car, they blew up a pile of money they got by lying their asses off, and then they parlayed all that pretend wealth into a reality series.

It’s a great racket unless you get caught. Todd and Julie Chrisley got caught, and the IRS clearly doesn’t mess around. Todd Chrisley will serve a longer sentence than Elizabeth Holmes, who did something oddly similar, obtaining over $1 billion in investment funds by fraudulently claiming that a proprietary blood-testing device worked when in fact it did not. Todd Chrisley should’ve gotten Cory Booker to vouch for him, too.