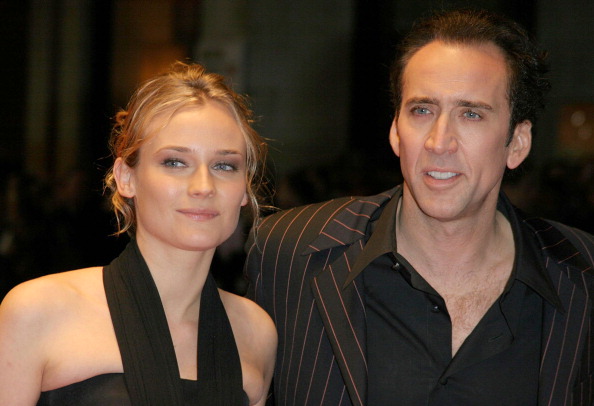 Nic Cage is enjoying another peak in a career with several valleys after coming off good notices in indie films like Pig and Mandy, as well as some strong voice work in Spider-Man: Into the Spider-verse. Next month, he’s due to play himself in The Unbearable Weight of Massive Talent, which is probably the biggest budget live-action film he’s been in probably since the failure of Ghost Rider: Spirit of Vengeance in 2011.

In the intervening 10 years, Cage has starred in a whopping 38 films, most of which you could not name. Films like Primal, Kill Chain, Color Out of Space, and 211. Like John Travolta, Bruce Willis, and John Cusack, Cage became a VOD star, which allowed him to avoid bankruptcy and pay off a lot of debt he’d accrued because of unpaid tax bills, castles, and the expense of putting his mother in a mental institution. Unlike John Travolta, Bruce Willis, and John Cusack, however, Nic Cage actually put a lot of effort into those roles, as he tells GQ:

“When I was doing four movies a year, back to back to back, I still had to find something in them to be able to give it my all. They didn’t work, all of them. Some of them were terrific, like Mandy, but some of them didn’t work. But I never phoned it in. So if there was a misconception, it was that. That I was just doing it and not caring. I was caring.”

Cage has since paid off his debts, but he also admits that he had to turn to VOD because the studios stopped offering him roles.

“It was like, ‘What do you mean we’re not doing National Treasure 3? It’s been 14 years. Why not?’” Cage said. “Well, Sorcerer’s Apprentice didn’t work, and Ghost Rider didn’t really sell tickets. And Drive Angry, that just came and went.”

In other words, Disney abandoned him. “When I talk about fair-weather friends in Hollywood, I’m not talking about [producer] Jerry Bruckheimer,” Cage said. “I’m talking about Disney. They’re like an ocean liner. Once they go in a certain direction, you’ve got to get a million tugboats to try to swivel it back around.”

You know what, though? Cage doesn’t need Disney anymore. He’s debt-free. He can make movies he wants to make, like, uh, three more films that all look like VOD offerings he has in production, plus Robert Kirkman’s Renfield, which is about Dracula’s henchman (Nicholas Hoult), where Cage plays Dracula. Cage is going to be just fine outside of the major studio system.