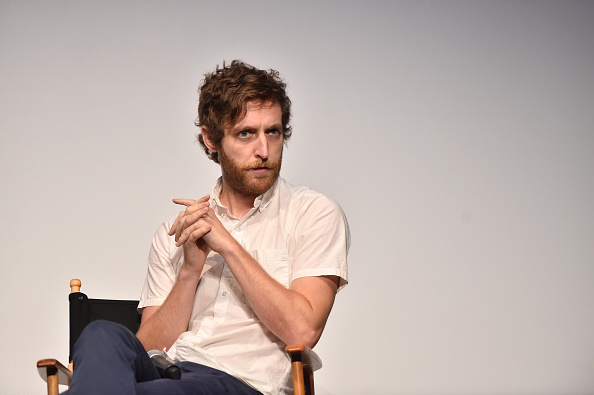 The Thomas Middleditch News Surprises No One

Remember about a year-and-a-half ago, when Thomas Middleditch of Silicon Valley fame (but more recently, a bad CBS sitcom called B Positive) told Playboy that he and his wife were swingers? There’s nothing wrong with being a swinger, mind you; I am sure that it’s a very normal and healthy party of many people’s relationships. But Middleditch seemed to suggest that he dragged his newlywed into the arrangement — “To her credit, instead of saying “F*** you, I’m out,” she was like, “Let’s figure this out.” To be honest, swinging has saved our marriage” — and then revealed their arrangement to the world seemingly without his wife’s consent. There was a little Big Prick Energy in that interview (Big Prick Energy is the asshole cousin of Big Dick Energy).

Nine months later, Mollie Gates filed for divorce from the actor on the ground of irreconcilable differences. No one was surprised.

Many may not remember this, but a year before that Playboy interview, Middleditch also had some interesting things to say about the MeToo movement, which in retrospect … yeah. He was like, “I just want to make sure that all the movements that are really just and worthwhile aren’t sort of dismissed as leftist nonsense.” Hmm.

“Like, there’s a difference between assault and just kind of strange sex. You don’t want to live in a world where it’s just so stiff that there’s no, I don’t know, something? I don’t know where I’m going with that, but I don’t really know enough about [the allegations against T.J. Miller] to comment on. Just don’t know about it, really. But it is tricky, you know. It’s weird. It’s like we live in a world where currently the climate, let’s say, is where a j’accuse will really turn your world upside down.”

But the human man person had some other thoughts on the movement, as well.

“I think that’s the tricky thing with all this stuff. Speaking as a guy, as a man, as a male human, it’s kind of scary, with this fervor that’s surrounding it, where an allegation can just pop up and then it’s really incumbent upon you to fervently defend your character. I’m not gonna dive into what’s real or not. I’m just saying it’s a little bit scary for a man.”

And now we understand why Middleditch said that it was a “little bit scary” for him. From The Hollywood Reporter:

On the night of Oct. 22, 2019, Harding says, Middleditch approached her on the dance floor and made what the Times described as “lewd sexual overtures” toward her and her girlfriend. After she turned him down, he “kept pursuing her, groping her in front of her friends and several employees, including the club’s operations manager, Kate Morgan,” the Times reported.

Morgan told the Times she asked her bosses, Bravin and Patterson, to kick him out and ban him from the club, but they “dismissed it.”

It’s worth noting that this incident — and it’s probably one of many — took place about a month after the Playboy interview and about eight months before his wife filed for divorce.

We are all for sex positivity around these parts. What we are not for is men who hide inappropriate behavior or sexual misconduct or sexual abuse behind sex-positivity or use kink as a defense for abuse.

thomas middleditch told his wife a few days after their wedding he wanted an open relationship then talked about it in an interview like that made them a modern couple. anyways now they’re getting divorced and thomas is accused of assulting women in goth clubs

The first time I worked as a PA in LA, I met two celebrities. The first one was really needlessly nice to me. Introduced himself. Made up a song about me. Really cool guy. Voices a hedgehog now. The second celebrity was Thomas Middleditch, and holy hell was that guy an asshole.

What’s that thing that people are always saying: “When they tell you who you are, you should listen.”

← Twitter Reacts To Prompt: Name A Smaller Role With a Bigger Impact | Amber Ruffin Reacts To The Georgia Mass Shooting →