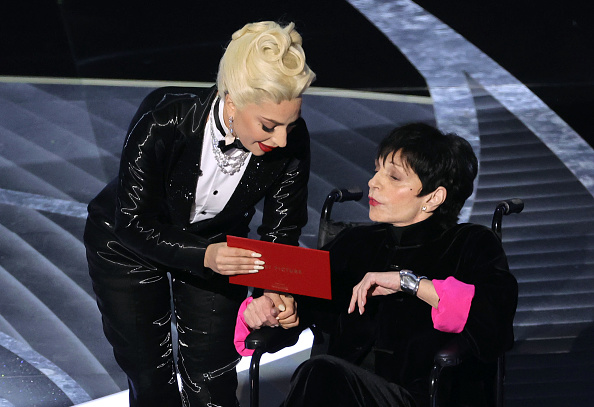 The Tender Art of Not Being a Jackass

Lost in the fervor of the later stages of the 2022 Oscars—post the slap heard ‘round the world and the cursing heard only in countries that don’t censor their broadcasts quickly enough—there was a genuinely, gloriously attention-worthy moment.

The evening was almost over. The room was reeling. Soon, at afterparties, attendees would wander in a state of shock and incredulity. Some deep law of decorum had been violated, in a room full of very rich, mostly white people who had dressed up all nice for the party. In a room full of other critics, I along with everyone else scrabbled to find uncensored feeds online. The dramatics of violence and the racialized commentary of “not okay”-ness that overtook Twitter bloomed in a microsecond and kept spreading.

But in the shaky conclusion to the evening, Lady Gaga and Liza Minnelli took the stage to announce the winner for best picture. (This winner, like many others of the evening, felt artificial and divisive, but what else is new.) Minnelli, using a wheelchair, looked utterly glamorous, her trademark presence shining larger-than-life off the stage; she was, however, apparently having trouble with her fine motor functions as she handled the iconic envelope.

Gaga and Minnelli did their quick little back-and-forth scripted spiel (“You know how I love working with legends,” etc). As EW reported the following day, Gaga had insisted that Minnelli present the award alongside her, which made Gaga’s Cabaret-callback genderbending tuxedo look all the more dazzling.

The truly iconic moment of the exchange—and the one that snapped me back to present from the internet-uproar exploding around me re: the Slap—was a quiet bit of unscripted dialogue that, thankfully, wasn’t censored.
As Minnelli wrangled the envelope, Gaga reached to help and whispered—not exactly a stage whisper, but a practical, direct reassurance—“I got you.”

It was an utterly tender moment, sans fanfare, drowned out by the sensationalism of the Oscar Slap discourse that had already overtaken the evening. (I’m not going to pretend to have a useful take on the Slap; it’s not my business. I will say that I’m rewatching Gotham, against my better judgment, and Jada is a god damn blast in that show.)
But Gaga and Minnelli’s moment is the one that stuck with me. It felt private and sincere, versus the chivalric showmanship that dominated the rest of the Oscar coverage.
Gaga’s simple, direct moment of support was not only wholesome; it felt like a real moment of care and tenderness in the face of the huge artifice that is the Oscars. Amid so many other moments of surface-level care, like that limp moment of silence for Ukraine followed immediately by a Crypto.com donation link/advertisement, Gaga’s moment felt worthwhile and uncalculated. Maybe I’m completely wrong and it was a horrible instance of virtue signaling performativity. But I don’t think so. It felt spontaneous and kind, and it had a power all its own.

Below the simple, practical moment of tender support, there is so much in that small reassurance. Gaga honored her iconic foremother, definitely, but she also automatically and elegantly lent a hand where it was needed, without hesitation or patronization. And that was gorgeous. As trite as it sounds, my immediate thought was: That’s what allyship could look like.

A woman supports another woman on the world stage in a moment of need. It’s a small, gracious instinct. There are no hashtags, only immediate and unconditional support. Inside that “I got you” are a thousand other moments of care: many communities need that moment, or the sense that someone is standing beside them who will say “I got you” and then back away to give them the spotlight.

While it doesn’t make the headlines in the same way as the violent instant that preceded it, in a better world I would hope it would be as newsworthy. There is a strength in that moment of kindness that is too easily overshadowed. Of all the drama on stage on Sunday night, this gracious and public moment of tenderness deserves its own bandwidth. 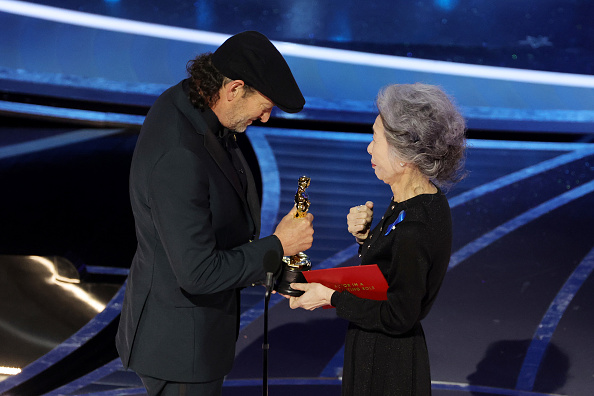 In another Oscar moment earlier in the evening—pre-Slap—Youn Yuh-jung pointedly signed Troy Kotsur’s win before announcing it verbally: another moment of meaningful sensitivity that had its instant in the spotlight and was swiftly forgotten. The fact that these public moments of care were performed by women and thus treated as a given is another, broader discussion. But the worth of quiet, gentle support in a moment of need is most deserving of airtime, I think, in the world we live in. That’s what I’ll take away from the 2022 Oscars.