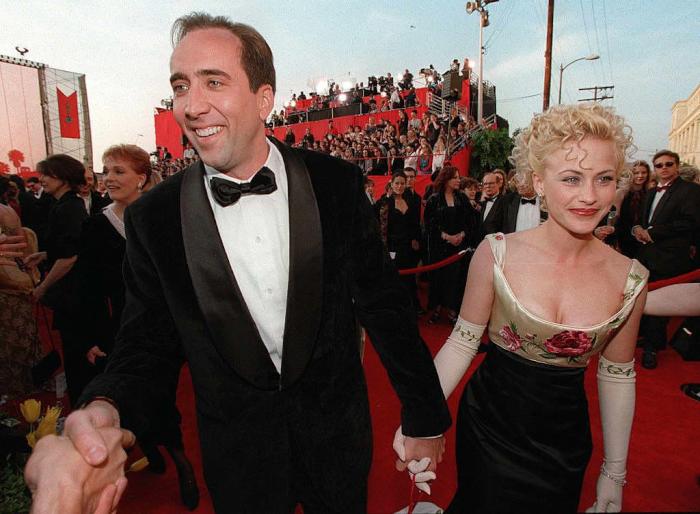 There are certain incidents of celebrity lore that will forever linger in one’s imagination. I, personally, spend way too much of my time thinking about that time Adrien Brody bought a literal castle for his girlfriend Elsa Pataky and she still dumped him for Chris Hemsworth. Yes, my friends, it’s a joy that never ends. The same applies to the Summer of Hiddleswift, a moment of gossip gold that deserves to be painstakingly dissected until the end of time. We may grumble about celebrities and their money-fuelled nonsense but there’s a reason we’re consistently drawn to the lunacy of the rich and famous. Some people just have way too much time and cash on their hands and the ways they try to use up both shall forever entertain us.

That brings me to another instance of celeb legend that I have spent many hours of my life thinking about. Of course, it involves Nicolas Cage. How could it not? There are entire leather-bound encyclopedias to be written on the strangeness and inimitably Cage-esque world of one of our greatest actors-turned-memes. We could be here all day discussing his greatest hits. This is the guy who outbid Leonardo DiCaprio for a dinosaur’s skull, an incident that doesn’t even make the top ten weirdest moments of his life. Our man Cage already owns and regularly visits his tomb, a pyramid-shaped icon housed in the same cemetery where Marie Laveau, the queen of Voodoo, is buried. I would have been shocked if Cage didn’t own the infamous LaLaurie mansion in New Orleans, thought to be one of America’s most haunted buildings. Of course, Cage can be committed in his oddness without the help of a multi-million dollar spending spree. Sometimes, Nicky just wants to let his romantic side out.

In 1995, Cage married the actress Patricia Arquette. The union only lasted nine months but the pair acted as a couple in public until Cage filed for divorce in 2000. According to a 1999 profile of Cage in Rolling Stone, Cage proposed to Arquette over the phone then the pair got hitched two weeks later, even though they hadn’t seen each other in eight years. Cage had already proposed to Arquette when they first met in 1987, within hours of meeting her. She declined, but seeing how persistent Cage was, she knew he wouldn’t take no for an answer. So, she sent him on a near-mythic quest.

According to a 1995 Rolling Stone piece that is sadly no longer available online, Arquette tasked Cage with finding some truly unique items: J.D. Salinger’s autograph, a black rose, a Bob’s Big Boy statue, a wedding dress from the Lisu people of South-East Asia, and more! Given that Salinger was a notorious recluse and black roses don’t exist in nature, this feels like Patricia’s attempt to get this weird Nic Coppola dude to leave her alone once and for all. It’s like that time my dad told me that tartan paint existed and I spent too long believing him, to the point where I would actively look for it in whatever shop we were in. Thanks, dad! Never getting over that.

1987 Nic Cage may not have been THE Nic Cage yet but it’s not like he was ever a subdued or introverted person. Just watch Moonstruck for proof of that. He went wild for his new love. He found a signed letter from J.D. Salinger in an autograph shop, which he presented to her on day one. The next day, he returned with a flower and can of black spray paint. When he told her that he was ready to get the Big Boy statue as soon as he had the right tools for such an act of theft, she agreed to go away with him to Cuba and get married. They made it as far as the airport, where Cage allegedly had a meltdown over some ticket mix-ups. The pair split, with Arquette blaming his rising success, which she found too intimidating to deal with. Remember, she was only 18 at the time.

Don’t worry, though, because Arquette’s got her own freaky side too. According to a 1995 piece in Entertainment Weekly, Cage said that Patricia turned up at his house ‘dressed head to toe in black vinyl, carrying a big purple wedding cake.’ It was at that moment that he knew she was the perfect first ex-wife for him.

Cage recently married and split from wife number four, Erika Koike, a union that lasted all of four days. Arquette is now an Oscar and multi-Emmy Award winner and hasn’t had a public romance since her split from Thomas Jane. I wonder if she still has the Salinger letter. I can think of worse things to get out of a marriage.

← Neil Gaiman, David Tennant, And Michael Sheen Reunite To Show Us 'Good Omens' In Lockdown | How Many Episodes Are Left of 'Riverdale' Season 4 After Production Shut Down? →