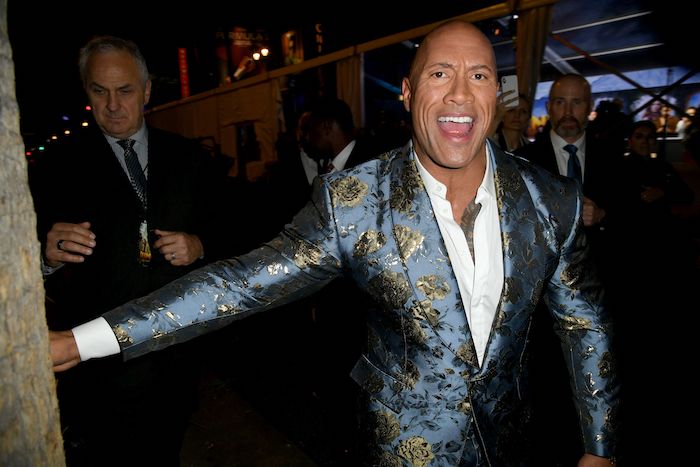 The Rock Has Tequila. Andie McDowell Has Wine. What’s Your Beverage of Choice Right Now?

Friends, it’s been, well, a long month, year, presidential term (take your pick) hasn’t it? It’s scary out there, Ghost Ship isn’t available for free on a streaming platform, and we’re turning to a lot of coping mechanisms to get through social distancing and staying the f*ck home.

One of my favorite past times at the moment is watching dumb celebrity videos, where they’re usually a little tipsy, to shoot the s*it.

My favorite of late is a now-deleted video on Twitter from Andie MacDowell where she was clearly wine-drunk (she admitted as much) and dropped f-bombs, giggled, and had on Tiger King in the back ground. I have never felt the “Stars, They’re Just Like Us!” energy so pure in that moment, and I wish it was still online to share with you. Alas, it is not, and in its stead, we have this sad Tweet:

I don’t know if it’s good news or bad news…. but I’m out of wine

my heart is wide open with love for absolutely everyone ….sober https://t.co/Zq8PFnJHnk

Yes, friends, Andie MacDowell is out of wine. 😱

Then we have The Rock, who I can’t imagine was entirely sober when he filled this rambling video in which he sings (!!!) after taking a shot of tequila.

I’ll try it one @teremana at a time 🥃 Hope this one makes ya laugh a bit during these tough times. Enjoy one of my personal favorite songs, “baby I love you” from the Yayhoos. A song a lot of us around the world might be singing right about now. 😂 Stay strong, stay healthy, take care of your families and we’ll get thru thing together. And yes, I take requests 🎤 #haggardandteremana 🥃

Tequila makes another appearance in his post a few days later (bonus appearance of what he ate, because I’m oddly fascinated with his food choices):

It’s been about two weeks since I came down with whatever it was I had, and I’ve been feeling better, so yesterday I made a semi-OK tiki drink with rum, orange juice, pineapple juice and coconut milk while I group-watched National Treasure with some of the Overlords (10/10 highly recommended.) I’m trying my best not to drink when I’m unhappy or in a bad place because that leads to decisions that usually involve messages to exes, or other equally unpleasant things in the (sober) cold light of day.

That said, I can think of nothing better than to get a little wine drunk and watch Tiger King (if you haven’t go watch this series, because it is BANANAS) or tie it on with some tequila and start to sing, as long as it’s done in moderation. So, friends, I ask you what is your beverage of choice right now?