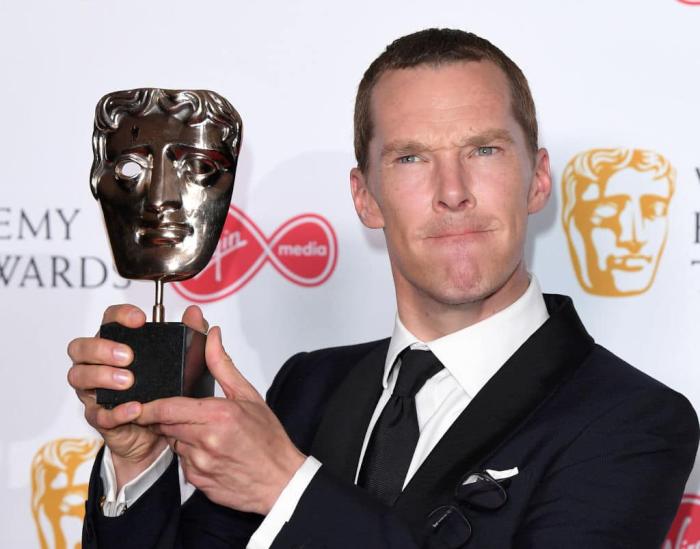 Can We All Stop Pretending ‘Posh Bashing’ Actors is a Real Thing?

I remember when Olivia Colman won her much deserved Best Actress Oscar for The Favourite, much to the surprise of basically everyone, and seeing how fans and critics alike responded to her effortlessly charming speech. I saw a lot of people giddy over her humour and mix of spontaneity and practiced humility. If you’re familiar with Colman’s many awards speeches - she wins a lot of them - then you’ll know how wonderful it can be to see her receive them. What surprised me most about other people’s responses to the Oscar speech were the quaint and almost fantastical comparisons made. Perhaps inevitability, a lot of jokes about her being Hogwarts’s top student were made, but what occurred time and time again on my Twitter timeline was delight at how exceptionally British she was and wonderment over why seemingly all our actors are so good at this lark. I, and many others, made the same comment: It’s because of public school.

Like the lion’s share of your most beloved British actors, Olivia Colman was privately educated, but pointing that out and trying to discuss what that meant in the larger context of the country’s inequalities, particularly in the acting world, did not go down well. Accusations of bullying flew around me, with many insisting I was just jealous and couldn’t let a national treasure shine. I was called ‘bitter’, among many things, just another envious shrew who wanted what she had, even though I’ve never had acting aspirations. The ‘meanie critic’ trope reared its ugly head, of course, but what stuck with me more were those claims that I was kicking down at Colman and others like her by even wanting to have that discussion. To merely joke about the class ceiling of British culture was equivalent to denying someone’s talent in their eyes. Quite frankly, I’m exhausted by this cycle, but still it goes on.

Here are some numbers for you. According to research by the Independent School Council, 6.5% of the total number of school children in the UK are privately educated. A 2016 report from the Sutton Trust revealed that more than two in five (42%) of British Bafta winners went to a private school, while two-thirds (67%) of British Oscar winners were privately educated. Close to 75% of the UK’s top judges attended fee paying schools (and close to 80% of them went to university in Oxford or Cambridge). Slightly more than half of leading print journalists and solicitors were privately educated. Only nine of our country’s 54 Prime Ministers did not attend fee paying schools. Time and time again, the data has shown how this staggering inequality is evident in nearly every aspect of public life in the UK. We talk about it all the time as it pertains to politics, so why do we get so defensive when it comes to the celebrities we love?

Plenty of British actors have talked about this problem at length. David Oyelowo lamented how, as a black actor, he had to move to America to get better work after projects he pitched were dismissed because ‘audiences wouldn’t believe’ stories of black historical figures. James McAvoy discussed the class ceiling during an interview with Stephen Colbert. Julie Walters vocalized her fears that the new generations of talent would be completely deprived of working class talents because they didn’t have the money or support necessary to do the basics of the gig.

I think, despite all our fantasies of meritocracy, there’s a part of us that loves the idea of a dynasty. There’s a neatness to the image of a family where every generation is so effortlessly talented and go on to dominate their chosen field as though it is their birth right. We see this in politics a lot, from the Kennedys to the Bushes, but acting is chock full of it on both sides of the pond. It remains fascinating, if somewhat baffling, for me to see people celebrate these ingrained institutions as a sign of creativity rather than nepotism. The same logic applies to the privately educated, as do the same defences whenever criticisms are logged at them. Oh, it’s not their fault they were sent to an exclusive and extremely expensive school that automatically grants them a level of privilege unreachable to everyone else, just like it’s not their fault their parents are famous. Sure, such benefits probably helped them get their foot in the door, but talent did the rest, a defence that always forgets how getting a foot in the door is often the toughest part.

Class is Britain’s most prized fetish and the one that rules every aspect of our lives, often in ways we aren’t wholly aware of. In terms of our cultural output, Britain has always benefitted from strengthening the image of our nation as a flurry of waving flags, teacups, and accents so plummy you can practically smell the cravats. This is a country that takes an inordinate amount of pride in our monarchy (and also spends way too much time getting conspiratorial over the mixed race American woman who married into it). We’re the nation of stiff upper lips, Shakespeare, Jane Austen, and period dramas that are so much better than all your other countries’ period dramas. It’s an image that sells, in part because every country markets themselves to the rest of the world by distilling their most iconic and brand-ready parts into a glossy fantasy for the masses.

The downside of that (or at least one of many) is how it fully excludes everyone that doesn’t fit that stifling mould. Britishness by this definition is almost always white and London based, meaning you’re unlikely to fit in if you’re a person of colour or Scottish or Welsh or Irish or even just from other parts of England where your accent isn’t like Benedict Cumberbatch’s. The working classes are hardly bereft of exceptional British culture, but when the structures of power and profit prize that stiff upper lip stereotype above all others, it’s obvious who gets left on the side-lines. When austerity leads to education cuts, state schools are forced to scrap things deemed unnecessary, and all too often that means no drama classes, no art classes, no money for trips to museums, and so on, something private school kids would never do without. If you’re a young actor looking to go to drama school but don’t have the funds for exorbitant tuition on top of living costs for London, your options are limited. The same applies to those who are looking for work in the nation’s capital, where most of the real opportunities are, but can’t afford to do so rent-free or while holding down a full-time job.

What has proven most aggravating to me during these conversations are the willfully ignorant responses from privileged and privately educated actors who seem to think they’re the true underdogs in this dynamic. Tom Hollander, educated at Abingdon School, once claimed that there were ‘lots of working-class-hero leading actors - it was not fashionable to sound posh. Now I’m middle-aged it’s fashionable to sound posh if you are the generation behind me.’ The notion that times have ever been tough for the posh and ‘comfortable’ is hilarious enough, but the idea that having that background and accent was hindrance in British culture is just offensive. Benedict Cumberbatch infamously moaned about being tired of ‘posh bashing’, something that still makes me want to scream. Imagine thinking that being mocked for your immense privilege was the same thing as being wholly marginalized by centuries of society and archaic government policy. The audacity!

Nobody wants to be the person to admit that they have privilege that has in any way made life a little easier for them. A lot of people don’t register such things in the first place, especially if everything around them is screaming that they have no need to do so. Everyone wants to be remembered by their talent and hard work and it can feel deeply personal to be told that other factors are in play. It doesn’t help that any time we want to have this conversation, there are a million voices screaming you down in protest because they just want to enjoy Tom Hiddleston movies without being burdened by the weight of the various intersections of class that smother us all. Plus this makes money and it helps create this image of Britain’s artistic landscape that Hollywood is always keen to invest in. So it will continue, but at what cost? Surely we are all poorer as a result of this cultural smudging? This homogenous façade of what it means to be British in acting, arts, literature, and so on is tiresome and not especially dynamic, especially when the alternatives are so vibrant and vital. We can do so much better.

Nobody is saying you shouldn’t enjoy the work of certain actors, nor are you being denied the right to relate to the work created by the mega posh. Do as you please and like what you like. What we all benefit from is a deeper understanding of why we covet the stories and performances of such a minute sliver of our country’s history and population, and what it means when we deny the label of Britishness to those that do not fit that mould.

And posh bashing is not a real thing, Ben!