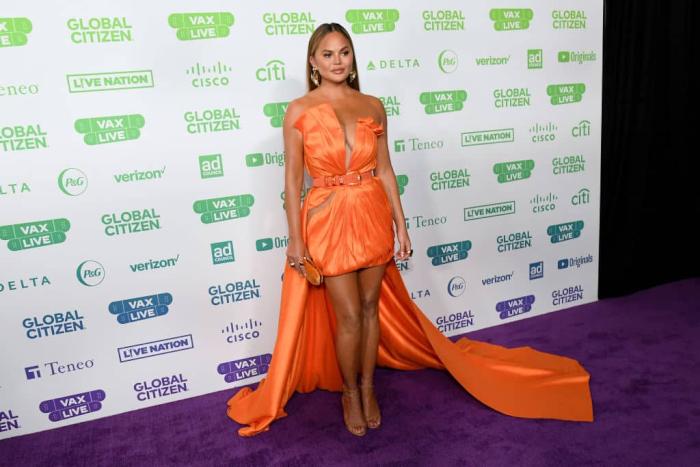 The Celebrity Apology Cycle: Chrissy Teigen Apologizes, but Is it Enough?

Chrissy Teigen apologized. It’s not the first time she’s been part of the humility rodeo that has now become part and parcel of modern celebrity living. This week, she laid down her apology in a Medium post — a refreshing change from the Notes App we typically expect — regarding some of her old tweets. This came after Courtney Stodden spoke publicly in an interview about how Teigen had harassed them for years over Twitter and even DM-d them death threats. At first, Teigen claimed she’d reached out to Stodden to personally apologize, but Stodden then said that they hadn’t received any apology because Teigen had blocked them.

In her Medium apology, Teigen says that it ‘has been a VERY humbling few weeks’ and that ‘not a single moment has passed where I haven’t felt the crushing weight of regret for the things I’ve said in the past.’ Teigen said she was in the ‘process of privately reaching out to the people I insulted’ but that there ‘is simply no excuse for my past horrible tweets. My targets didn’t deserve them. No one does.’ Teigen called herself a ‘troll’ who enjoyed participating in pop culture pile-ons to gain attention. She also claimed that she had grown up since then and wanted ‘to keep working to be the best version of myself for EVERYONE.’ ‘We are all,’ she said, ‘more than our worst moments.’

Following this apology, the fashion designer Michael Costello took to Instagram to share his own experiences with Teigen, whose trolling comments towards him contributed to his suicidal ideation. Teigen has not publicly said anything about Costello’s post as of the writing of this piece.

I’ve seen people essentially rating Teigen’s apology like it’s an episode of TV, offering points and deductions on whether or not it’s an effective and sincere display of her very public regrets. Mostly, I’ve seen a lot of cynicism about the entire affair. After all, this isn’t Teigen’s first public apology and we’re all far too familiar with this narrative. Indeed, the celebrity apology seems to be as familiar to us as thirst tweets and throwback Thursdays. If you’ve seen or read one celebrity apology, then you’ve basically seen them all. It’s practically a rite of passage for YouTubers and influencers, all of whom offer artfully edited displays of practiced authenticity with more than a few tears shed for full effect. Offering such apologies, whether it’s for a minor slip-up or something truly criminal, is already an uphill battle because the general public doesn’t think of such things in a sincere manner. We’re horribly familiar with the insincere statements issued via publicists that offered vague platitudes about how they’re learning and listening and sorry if they hurt someone. What’s the point in listening to apologies that feel so forced and come from someone who will seldom experience the consequences?

With Teigen, we feel a lot of these familiar beats. She’s done this before, more than once. Not only that but it was that trolling sh*t-posting that helped to make her famous. Those same tweets that she’s now understanding to be pure cruelty were what garnered her the reputation as the Yas Queen clapback leader of Twitter. There are countless articles written over the past decade or so that celebrated her trolling of Donald Trump or her overshare about her family. Few major figures on her level of fame managed to spin gold out of that hellsite. As noted by Constance Grady of Vox, Teigen was something of the platform’s Cool Girl, a ‘relatable’ celeb who was also a highly amplified voice of the times. The late 2000s and early 2010s were a brutal time in pop culture for the likes of Stodden, who was essentially pimped out to a 50-year-old man at the age of 16 and mocked mercilessly for it. Teigen went after the ‘acceptable targets’ like everyone else, but unlike your garden variety troll, she made it a part of her highly profitable brand.

It wasn’t just Stodden either. Teigen referred to then-22-year-old Teen Mom star Farrah Abraham as ‘a whore’ who ‘everyone hates.’ When discussing the then-nine-year-old actress Quvenzhané Wallis, she said, ‘i am forced to like quvenzhané wallis because she is a child right? okay fine.’ None of these people are named in Teigen’s apology. Really, the specificity of what people have a problem with is totally absent, and that bothers many. Professor David Karp, the co-founder of Campus PRISM (Promoting Restorative Initiatives for Sexual Misconduct), evaluated celebrity apologies for Vox in 2017 based on five-point criteria:

An apology should include an explanation of the harm done to the person or people receiving the apology.
It should include an admission of the perpetrator’s role in causing that harm, an “acknowledgment of personal responsibility and avoidance of denials or minimizing.”
Perpetrators should express remorse.
They should explain which behaviors they are committed to stopping now that they understand the harm they’ve caused.
Finally, they should explain what they will do to make amends.

Teigen doesn’t pussyfoot around about her responsibility but there’s still a vagueness to her words. She does say she won’t be that kind of troll anymore, but also takes great pains to emphasize how different she was in real life compared to on social media (something that will surely be called into question following Michael Costello’s post.)

Mostly, what feels so false about Teigen’s apology for me is how much the entire conversation is still centered on her feelings. When she talks about reaching out to those she hurt, she says she’ll ‘will listen to what they have to say, while apologizing through sobs,’ emphasizing her pain over theirs. She adds, ‘I have so much love to give if you are open and willing to accept it,’ a moment that would feel curious in any context. Remember, she’s talking about Twitter. She wants people to like her on social media. When she says stuff like this, it makes the stakes on her end seem so painfully low, and they were already pretty beneath those of the people she hurt.

Bad apologies risk exposing those who were hurt to more harm than good, but they also reflect how inconsequential the act is to those forced into doing it. What feels so particularly wearisome about Teigen’s apology is how inevitable a follow-up seems. So, she comes back to Twitter after publicly leaving it for the second or third time. Then what? Does she tweet as normal because we know that’s what gets good numbers and the platform is built on the amplification of cruelty? When does the joy she wants to bring to the site turn sour? How much of it is just contractually obliged for sponsored content and the like? When your entire public image is built on messy relatability with zero verbal filter and a love of drama, is there a way to make that PR safe?

The Chrissy Teigen story feels like a familiar cautionary tale of the perils of combining the personal and professional, of making yourself and your most supposedly relatable personality traits into a commodity. She is hardly alone in this bind. Consider every Cool Girl, from Jennifer Lawrence to Amy Schumer, or the recent tale of John Mulaney. It used to be good business to be the Mean Girl. Can you be truly penitent for the traits that made you famous in the first place? Maybe if your bottom line is enough at risk, and let’s be honest here, that issue probably drives a lot more of these celebrity apologies than any true kind of regret.

← We Need To Talk About 'In The Heights' And Its Issues With Colorism | 5 Shows After Dark: 'Cruel Summer' First Season Finale, 'Revolution Rent' on HBO →