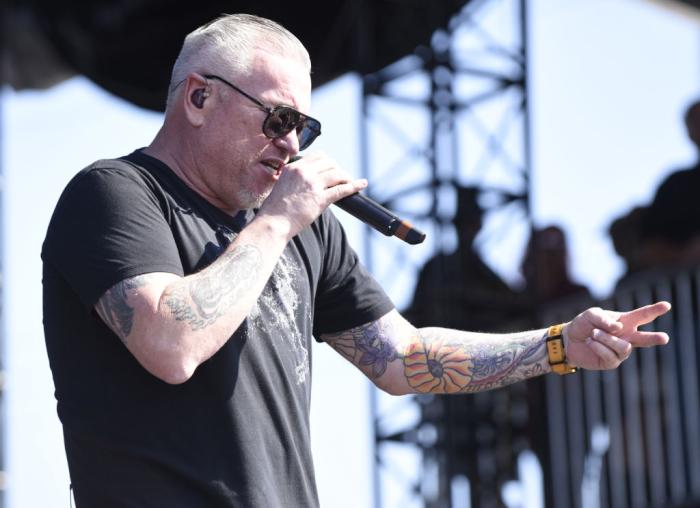 It’s gonna be an exceedingly simple post today. There’s poetry in simplicity after all. E equals mc squared. AC/DC. Some knobhead getting hit in the face with a flying bit of bread. Poetry!

What’s that? Bread? Did that seem a bit of a tangent to round off a sequence of three? Rest assured, not only is flying bread to the face not a tangent, it is also news-adjacent! Ah, 2020.

Okay, so yes, the actual clip itself is not timely. It’s a few years old. And I imagine many of you have already seen it. It’s a clip of the band Smash Mouth playing a gig and their singer getting mad because someone in the crowd won’t stop throwing bread at him. I’ve been laughing at it for years. The thing is, I felt sort of bad about it a few times. But now! Thanks to the news yesterday that Smash Mouth and their singer (who I assume is also just named ‘Smash Mouth’) played a ‘f**k wearing masks and social distancing, freedom means never having to care about others!’ gig, I can laugh freely and without reservation!

Witness this piece of visual poetry. It’s already funny when Smash Mouth starts losing his rag, then when his band just start playing ‘All Star’ it kicks up a notch. When the band then carry on doing so as a sort of backing track for his try hard tough guy rant, well, that’s when it truly transcends and becomes something eternal. Bonus points to the dude who inexplicably shouts, ‘Kick his ass, seabass!’