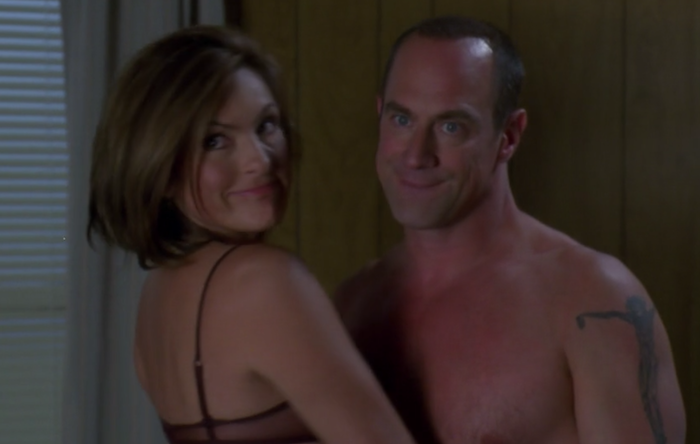 Stabler is Back, Baby!

If you sensed a disturbance in the force earlier today that was me, shrieking in delight because out of the blue, I got the best news one could get in these trying times: STABLER IS BACK, BABY!

Yes, your eyes do not deceive you—Detective Stabler is returning to the Law & Order universe with a new Dick Wolf show on Peacock. Excuse me, I need to put on my celebration song for a moment.

EXCLUSIVE: A beloved TV character is coming back. NBC has given a 13-episode series order to a new Dick Wolf crime drama series starring Christopher Meloni reprising his Law & Order: SVU role as Elliot Stabler. The SVU spinoff drama, which marks the actor’s return to Wolf World, revolves around the NYPD organized crime unit led by Stabler (Meloni). It is the first show to come out of the massive new five-year, nine-figure, multi-platform deal Wolf signed with Universal Television last month, which includes multiple series commitments.

That’s extra Law & Order in addition to getting access to original flavor Law & Order on Peacock. Dudes—it’s time we got a win in 2020, and you know what? I’m classifying this as won. Congrats everyone! Something finally good happened in 2020!!

I can’t contain my excitement. Now, look, Stabler was never my favorite (my heart belongs to Benson, Munch, and Finn, always) but he has been missed in the SVU world ever since he got shot at the end of season 12 and opted not to come back (which also coincided with the departure of my favorite SVU showrunner, Neal Baer, who gave us the monkey in the basketball episode, for which we should all be eternally grateful to him for.)

Those of you who watch Dick Wolf shows are probably already anticipating this, but for those among us who don’t watch as obsessively, I only have more good news to share: Dick Wolf f*cking LOVES a cross-over ep. This means that it’s highly likely Benson and Stabler will be reunited once more in some capacity. Now, I was never a shipper (as the kids say) of those two, but I very much want to see Stabler give Benson respect on screen for becoming a Sergeant. That’s a big deal—She earned it!

You know what else you’re probably gonna get? Meloni shirtless, a lot. Like, a lot a lot—that dude was topless as much as he was clothed on SVU. So if you’re into that sort of thing (and who isn’t?) there’s good news on that front, too!

Friends, this is a win. Congrats Stabler fans, he’s back!!