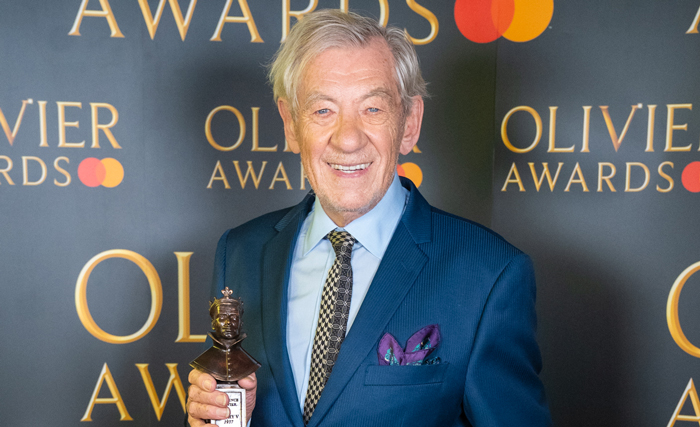 The “T” in LGBTQA+ stands for “transgender,” yet trans people in the queer community aren’t always given the support from their peers that they deserve. Sir Ian McKellen declares that shall not pass. The gay actor urged all LGBTQA+ people to be staunch allies to their trans siblings as they fight for their rights to safety, job security, and societal acceptance.

During a TikTok chat tied to the UK’s LGBTQ+ History Month, McKellen conversed with Olly Alexander, star of HBO Max’s It’s A Sin, a TV mini-series centered on gay men in London during the AIDS crisis.

Yahoo UK reports McKellen pondered, “I do hear people—gay people—talk about transgender people in very much the same terms as people used to talk about your common—or garden variety—gay. The connection between us all is we come under the queer umbrella: we are queer. I quite like being queer actually.”

The Lord of The Rings star reflected on how the world and gay culture has changed since the 1980s, including reclaiming the homophobic slur “queer” into a word of pride.

“My experience was so different from yours with regard to sex and being gay,” McKellen told Alexander, “I do envy your generation.” He continued “It doesn’t come easy for me to say ‘queer’ about myself because for so long it was the hate word. Of course, if you grab it to yourself and own it, the meaning changes.”

The 81-year-old actor reflects on how he and his understanding of the queer community has grown over the years. From this place he urged this community to reflect, saying, “The problems that transgender people have with the law are not dissimilar from what used to be the case for us, so I think we should all be allies really. But you say that and the wrath of God comes down on you from certain quarters.”

Here, McKellen acknowledges the transphobia—or at least apathy toward it—that lingers in the queer community. Meanwhile, trans people are under attack in the US and UK on several fronts. The culture war has long made them monsters in movies, and now J.K. Rowling is dedicating her enormous platform to regularly condemning trans women. Targeted violence against trans people runs rampant. Politicians stir up constituents by promoting misinformation about trans people, sparking controversies around bathroom bills and publicity stunts around the Equality Act.

Trans people want simply to exist. To bigots, that is threatening. According to McKellen, they need the axe and sword of their cis-siblings under the rainbow, and we should give it.