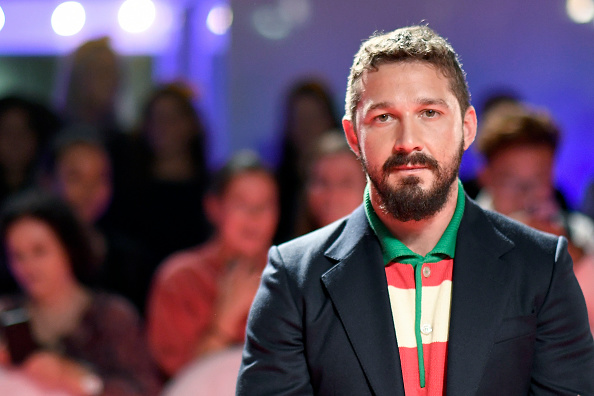 If Shia LaBeouf is trying to redeem himself (again) in the public’s eye, I have to say: This whole “ego death” strategy is not working. Granted, honesty is a good first step in any attempt to rehabilitate one’s reputation, but his “honesty” often feels more like airing dirty laundry. He certainly doesn’t get much credit for taking a page out of the Bill Clinton book and apologizing for abusing “that woman”, without naming FKA Twigs. While his decision to share the video of Olivia Wilde didn’t reflect well on the Don’t Worry Darling director, it also felt vindictive. It’s not exactly the “come to Jesus” moment that the newly converted Catholic might think it is.

But this latest revelation — again from Jon Bernthal’s Real Ones podcast (what were you thinking, Bernthal?) — is less of a come clean moment and more evidence that Shia LaBeouf is a real piece of work. He admitted to Bernthal that his 2019 semi-autobiographical film, Honey Boy (written while he was in rehab) was “f**king nonsense.”

I’ve seen Honey Boy — it’s good — and the sinister thing that it does is create sympathy for LaBeouf. The message of the movie is basically, “Yeah, I’m messed up, but it’s only because I was abused by my sociopathic father for years.” At the very least, I came away from the movie thinking, “Well, that explains a lot.”

Except that it doesn’t.

“Here’s a man who I’ve done vilified on a grand scale,” LaBeouf told Bernthal “I wrote this narrative, which was just f**king nonsense. My dad was so loving to me my whole life. Fractured, sure. Crooked, sure. Wonky, for sure. But never was not loving, never was not there. He was always there … and I’d done a world press tour about how f**ked he was as a man.”

LaBeouf threw his dad under the bus to elevate his own reputation, or as LaBeouf says himself, the movie “positioned me as this wounded, fractured child that you could root for, which is what I was using him for.”

“Honey Boy is basically a big ‘woe is me’ story about how f**ked my father is, and I wronged him. I remember getting on the phone with him, and him being like, ‘I never read this stuff in the script you sent.’ Because I didn’t put that shit in there. I turned the knob up on certain shit that wasn’t real. My dad never hit me, never. He spanked me once, one time. And the story that gets painted in Honey Boy is this dude is abusing his kid all the time.”

I hope he continues to seek help. I hope he is the “loving” father to his own daughter that his father apparently was to him. But he can’t be trusted to work in this industry again.

Source: Independent via The AV Club