Today, Scott Foley appeared on Zach Braff and Donald Faison’s the Scrubs rewatch podcast, Fake Doctors, Real Friends. Here’s the thing about Scott Foley: His handsomeness makes me feel weird. I went on a long walk to listen to the podcast this morning and I couldn’t relax because Scott Foley makes me too nervous. I was nervous for Braff, fearful that he would say the wrong thing. I was also nervous about Foley, a private person with whom we’ve collectively had little interaction outside of his work product, but I didn’t want him to say anything that would ruin the illusion of Scott Foley, who is best known for being very handsome.

Years ago, I often heard that Scott Foley was “very professional,” “took his job seriously,” and was “very workmanlike.” Foley seemed to confirm this on the podcast, at one point saying that he wished he’d been a little more chill during his early career, like Donald Faison (who smoked a lot of pot on the set of Scrubs). Foley and Faison also worked together on Felicity — Faison played Elena’s boyfriend for three seasons on the series (remember Tangi Miller?!), so there was more familiarity between Faison and Foley. Meanwhile, there may have been a slight uneasiness in Foley and Braff’s interactions on the podcast — Braff admitted to having a man-crush, but also, Foley and Braff occupy a similar station relative to Bill Lawrence. They separately hang out with Lawrence a lot (in addition to appearing on Scrubs, Foley lived in Prague for a year with his family and Bill Lawrence while shooting Whiskey Cavalier). It felt a little like there was some competition about who is the better friend, although that competition was decidedly one-sided. Foley strikes me as the kind of person who doesn’t have an insecure bone in his body.

That’s because Foley is a unicorn: A stupidly nice person with no blemishes on his record as a human being. Except for that one: He and Jennifer Garner — who he met on the set of Felicity — married and divorced in 2003. Even there, however, neither have ever had an ill word to say about one another publicly — in fact, a decade after the divorce, Garner could only muster praise. “Oh, he’s a great guy. We were full-on grown-ups, but looking back I’m aware we did not know what hit us. We didn’t have a shot. He’s a really good guy, and we just imploded.”

That is the closest thing to gossip I have ever heard about Scott Foley. I often idly think about their marriage, and wonder if maybe Jennifer Garner desires in a mate someone a little messy (see Michael Vartan and Ben Affleck), and Scott Foley gave her nothing with which to work except handsomeness. Foley is now married to Marika Domińczyk, whose older sister, Dagmara, is married to Patrick Wilson, meaning that famously nice guys Patrick Wilson and Scott Foley probably spend Thanksgiving together being handsome. What a curse. 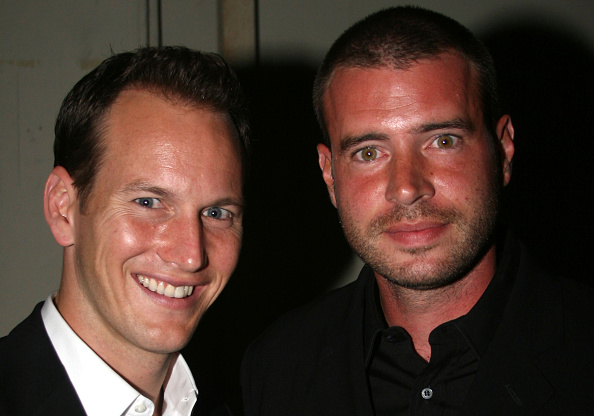 That’s all I have to say about Foley — who I followed to The Unit, Scandal, A.U.S.A.The Goodwin Games — except that this is probably the biggest lie that handsome man has ever told.

You can listen to Foley on the Fake Doctors, Real Friends.

We let our kids be the “parents” today! This is us at our breakfast (they made pancakes! & cleaned up) …meanwhile they ate their breakfast in front of the TV in the living room… long story short- they had the best time being “grown-up” but they were pretty lax in the parent Dept. Malina did do my hair but I spent the day saying “I’m bored” to which Malina replied “”go chill for 20” 🤣. At one point she made me a snack and put on a movie for me. Jaws. I took a 3 hr nap. Basically they pretended to be grown and @scottkfoley floated around doing nothing. Also Konnie got very upset anytime he thought i wasn’t acting 10 😂🤣😂 #humpday🐪 #experience #stayhome #stayhealthy #springbreak2020 #kidsbeinggrownups #youwinsomeyoulosesome ♥️🌈 (* these are my only pics cause i wasn’t allowed to use my fone all day🤣😂🤣)