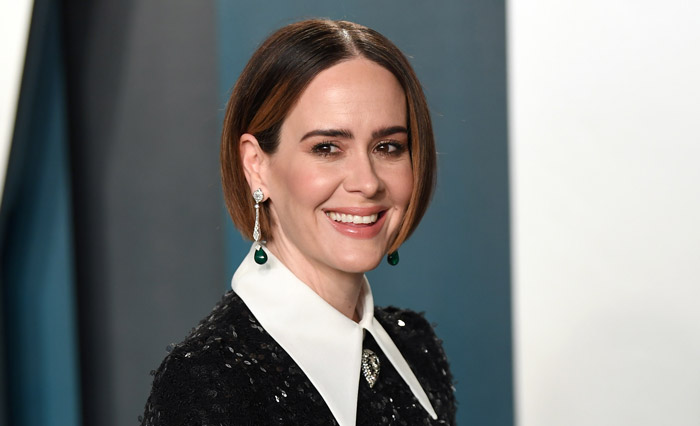 Hello, have you ever noticed how much Adele looks like Sarah Paulson? Don’t You Remember? It’s something in the bone structure, the way their mouths burst open—in joy or horror—in a similar and chic fashion. Rumour Has It the adored singer reached a new level of twinsie when she posted a pic of her 32nd birthday celebration. Fans were abuzz with the Someone Like You of it all. So how does Paulson feel about not being a One And Only? She’s Turning Tables on any would-be rivalry narrative, offering only Sweetest Devotion.

Speaking to SiriusXM’s EW Live, the American Horror Story star shared what it was like for her. “I was on Twitter. I just happened to be scrolling through,” Paulson recounted, “And it said ‘Sarah Paulson’ is trending. And I was like, ‘Wait, what? Did I die? What happened?!’”

She was relieved to discover, “Oh, it’s the Adele thing again. This has been going on for a while.” Which, duh. Every Glance invites comparison.

It’d Be Divine if Paulson and Adele joined forces, combining their incredible talents in a project. Call me a Daydreamer, but it’s easy to imagine Ryan Murphy looping the pop diva into a campy cameo for a new season of American Horror Story. As wonky as that show can be, such a dynamic duo could prove a Remedy. However, All I Ask is for some clever filmmaker to ground a drama around the impeccable Paulson, and then cast Adele as her sister or doppelganger or lounge singer fantasy. The possibilities are endless…uh…Skyfall.

What Adele/Paulson team-up do you dream of? Share it in comments.

← The 'How To Get Away With Murder' Finale And Three Dozen Sharks They Jumped | Charlize Theron and Other Twitter Users Celebrate Five Years Since 'Mad Max: Fury Road' →