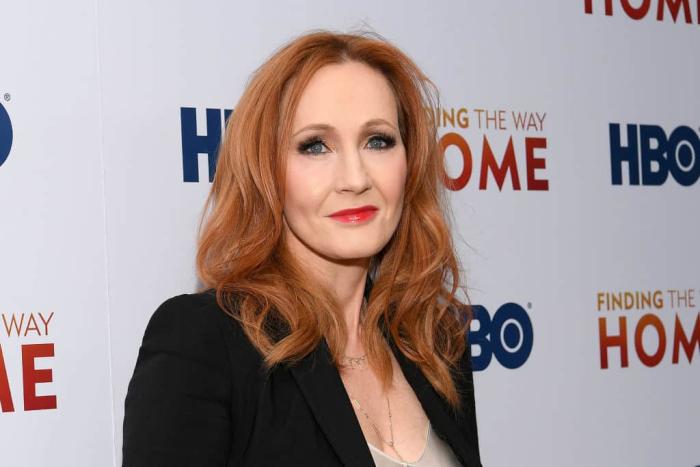 Yes, we’re back on J.K. Rowling bullsh*t, because, like the cleaning of a house, it never ends. No joke, I had a conversation about Rowling with my dad recently, and he proclaimed that if he were as rich as her, he would just shut the f**k up and leave everyone alone. I love my dad. Alas, that is not the journey that the multi-millionaire transphobe has decided to take. Nope, she has continued to double-down HARD on her views, even as large swaths of the internet try ever-so-patiently to reason with her (and another swarm of goons uses her as a battering ram against the LGBTQIA+ community.)

Rowling has a new book out this week, a new entry in the Coroman Strike series written under her pseudonym Robert Galbraith. Did you know that’s there’s an infamous psychiatrist named Robert Galbraith Heath who was a major proponent of conversion therapy? I wonder if Jo knows that. Troubled Blood, on top of being NINE-HUNDRED PAGES LONG, has received some lukewarm reviews so far, including one from the Telegraph, a newspaper not exactly known for its pro-trans views. They were the paper to note that the big baddie in this new thriller is… a cis man who cross-dresses to murder people.

Yes. This is where we are.

The review describes the antagonist as ‘a transvestite serial killer’ and wonders what ‘critics of Rowling’s stance on trans issues will make of a book whose moral seems to be: Never trust a man in a dress.’

F**king classy, Rowling. What, was Psycho just too classy for you or something? For those of you who don’t know, the whole ‘men will put on dresses to attack women’ dog-whistle is a common transphobic tactic, one that was used frequently to defend the infamous bathroom bills that forbade trans people from using the correct public toilets.

If anyone is in two minds about her intentions being one of 'legitimate concern', I can tell you she's not. She's recycling alt-right propaganda and narratives pushed by conservative and anti-trans groups in society. This is deliberate.

This certainly puts her years of transphobic rhetoric into a new light, doesn’t it? It’s also further evidence that Rowling cannot help but use her fictional worlds as justification for her real-life stances. This is somehow even more insidious than her nonsense history of using Harry Potter as a defense for her beliefs. Yes, Jo, Harry would support your stance on an Israel boycott because you made him up. He does whatever you tell him to. That’s what fiction does?

Well, now it seems as though she’s further reinforcing her own nastiness by using the cover of her wildly popular stories to spread this hate to a wider audience. Sure, separate the art from the artist all you want, but how can you do that when the artist in question is utterly determined to make sure such processes are impossible?

As a result, #RIPJKRowling started trending, which is basically the shiny new version of #JKRowlingIsOverParty. The hashtag serves the same function — a fandom free-for-all that mostly seems like an excuse for memes, K-Pop clips, and the occasional moment of true insight. It’s very silly but I’m sure Rowling and her chums will use it as ‘proof’ that she’s being censored. Ah yes, cancel culture, that thing that is very real for the mega-rich.

I’ve seen some articles speculating that Rowling’s sales could be hurt by her awfulness but I sadly doubt it. Accountability simply does not exist when you’re that obscenely wealthy and have the power of a major publisher, the worldwide media, and a very loud hate-mob in your corner. Then her sales numbers will be used as ‘evidence’ that the people are on her side. In cases like this, boycotts can only make so much of an impact.

But you should still support trans and non-binary authors right now, ones who aren’t smarmy hacks. And some trans charities. And good books that aren’t cheap battering rams against the marginalized.