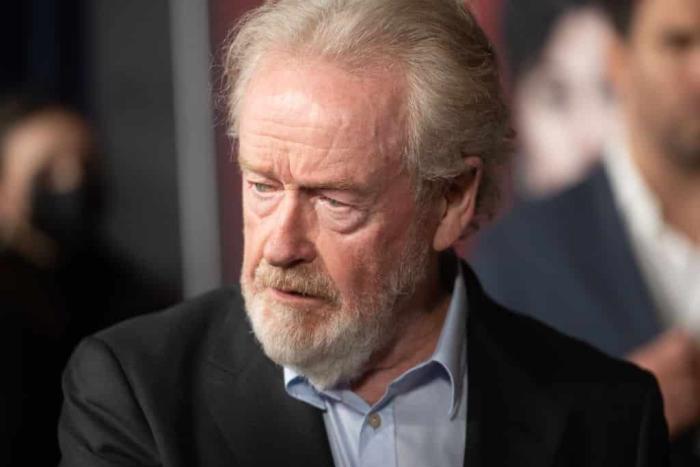 Ridley Scott Is Way Busier Than You, Also Way Grouchier

Ridley Scott’s been busy this year. Granted, he’s always been a highly prolific filmmaker and producer, but now, a few days away from his 84th birthday, he’s really putting his foot on the gas. He’s gearing up for the release of his second feature film of 2021, the biographical crime drama House of Gucci, and he’s sharing details on many upcoming projects. He’s also being delightfully grouchy. This man’s refusal to filter his thoughts on any subject this season has been very entertaining. He’s got no time for that crap.

Speaking with BBC Radio this week, he revealed that a TV series adaptation of Blade Runner is in development. We [have] written the pilot for ‘Blade Runner’ and the bible. So, we’re already presenting ‘Blade Runner’ as a TV show, the first 10 hours,’ he said. This is the first time we’ve heard news about this, although there is an anime series set in the same world on Adult Swim. Fans might be skeptical of this news, but given how well Denis Villeneuve’s sequel worked out, there’s reason to be hopeful. It comes after last year’s announcement of a TV series of Alien, which is in the works with FX. Scott said that the pilot and show bible are still being written for that one. Noah Hawley is attached as showrunner, and FX executive John Landgraf revealed that the series will take place on Earth.

Not content with releasing two epics this year — justice for The Last Duel — Scott is almost ready to start shooting Kitbag, his long-awaited Napoleon film. Shooting will commence on January 15, he announced, with Joaquin Phoenix and Jodie Comer in the leads. Having that kind of energy and drive sounds nice. I, meanwhile, can barely get off the big spinny couch from where I do most of my work, napping, and general procrastination. Hey, I already exercised this morning, what more do you people want from me?

Scott was asked about the pushback to House of Gucci by members of the Gucci family, particularly Patrizia Reggiani, the woman who went to prison for having her husband murdered. Scott said that he ‘doesn’t get engaged with that.’Patrizia Gucci, the great-grandchild of Guccio Gucci, told the Associated Press in April that the project was ‘stealing the identity of a family to make a profit, to increase the income of the Hollywood system.’ To that, Scott replied, ‘It was about murder. They forget: He was murdered. One of the brothers went to jail for tax evasion. Don’t talk to me about making a profit. When you do that you tend to become public domain.’

He’s not wrong. The name Gucci is a brand unto itself and making a film out of publicly documented drama isn’t exactly going to hurt that. Hell, it’ll probably boose the company’s sales. No word on what the family thinks of all the accents in the movie.

So, good for you, Ridley, for keeping busy. I could totally do all that too. I just won’t want to.

← Amber Ruffin Delivers An Emotional Response To The Kyle Rittenhouse Verdict | What's the Deal with Garrett Randall on 'Yellowstone'? →