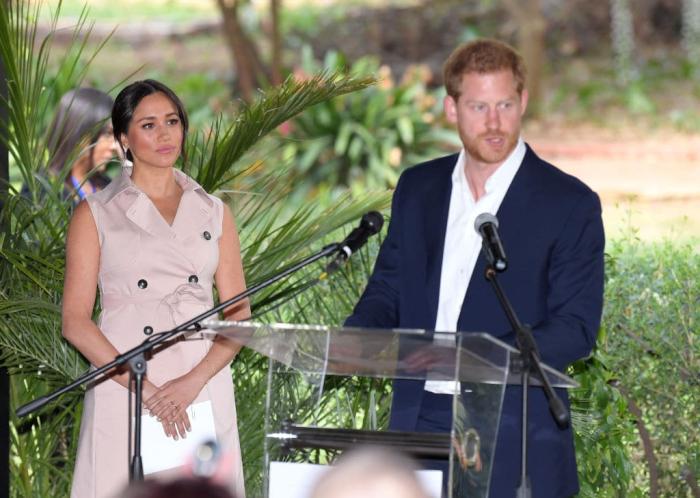 With Meghan and Harry stepping away from senior royal roles and the Palace apparently unaware that they were about to make such an announcement, the British press has had a field day covering the news and finding increasingly hilarious new ways to blame Meghan for it all. Apparently, she dragged him into the fiery pits of hell with her vagenda or something. The usual talking heads and royal experts — people with mega-fancy surnames and lots of euphemisms to describe Meghan’s race — are making the talk-show circuit. One familiar face and noted Meghan hater is Dickie Arbiter, a former royal spokesman who has been at the forefront of pushing the ‘Duchess Difficult’ narrative. He appeared on Good Morning Britain to make a very skeezy claim.

Arbiter talked with Ben Shephard and Susanna Reid to offer his perspective on how the Queen felt about this news. He said:

‘The Queen will be feeling very let down and very angry. Probably more angry than she felt after Andrew’s car crash interview last year.’

Yup. Angrier than her son being long-time friends with a pedophile then defending himself on national TV by announcing he wasn’t ashamed or regretful of ever being connected to Jeffrey Epstein. Apparently, it’s more shocking to the Queen because ‘the Epstein and Andrew thing has been going on for ages’ while the current news ‘is a bombshell.’ It’s true: Your favorite son associating himself with a serial rapist is a lot more palatable when you’ve been aware of it for longer. It’s just politeness, right?

Maybe all this sh*t is why Meghan and Harry want out? Perhaps they’re sick of being demonized to the point where the press will make excuses for a man BEING LONG-TIME FRIENDS WITH A PEDOPHILE AND BEING ACCUSED OF SEXUAL ASSAULT HIMSELF.

← Cheers to AOC, Our Future President 🔥 | Why Was Timothy Olyphant On Last Night's 'The Good Place'? →