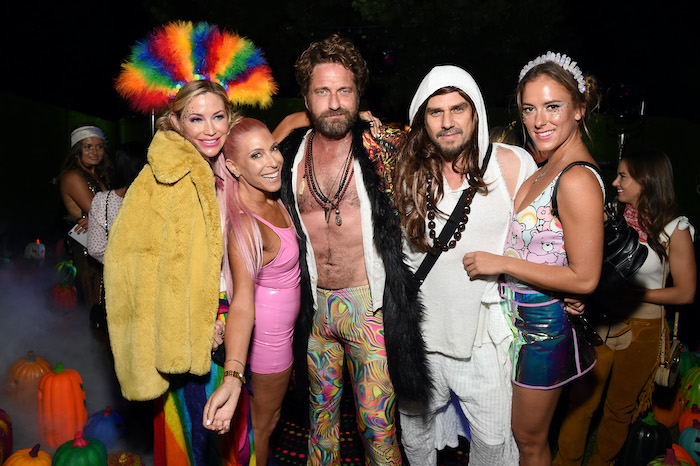 Put Gerard Butler in ‘The Mandalorian’ and Let Him Voice Baby Yoda. Give the People What They Want.

I have never felt more strongly on anything than I do in this very moment. OK. That is a lie, but I’ve found when you speak with total and utter conviction, people tend to listen to what you’re saying. That’s how Taco Bell decided to make the Doritos Locos taco, after all. I digress, although I’m not entirely off-topic, because we’re here today to discuss Gerard Butler’s next steps, and he is nothing if not the Doritos Locos taco of Hollywood. Delicious, cheesy, and especially gratifying if you’re hungover, as I often am when I watch his movies.

I love Gerard Butler and I want nothing but good things for him (and an infinite amount of “…Has Fallen” movies because next to The Fast and Furious, it’s my favorite franchise still active.) So I come to you today with a plan, nay, a demand—Gerard Butler needs to be in The Mandalorian, and he needs to voice Baby Yoda.

At first you may think this is off base, and sure, on the surface, it may seem like it. However, I encourage you to think deeper, because it makes total sense. Baby Yoda can’t remain a Baby forever—he must grow up sometime. When he does, presumably he will begin to speak, and what better voice for him to have than the grizzled brogue of Gerard Butler!? Just imagine him, on his next adventure, shouting to Mando “You bastard, make this go faster—This. Is. Spaaaaaaaaaaace!!!!”

Plus, it’s always funny when young children or adolescents have surprisingly deep voices. Don’t believe me?

Disney, do I have your attention yet?

Gerard. Disney. I’m here to broker this deal for you if needed. I’ll await your call. You can find me in my office, the Taco Bell by the middle school. This offer doesn’t expire at midnight…I’m there every day, so you know… at your convenience and all that.