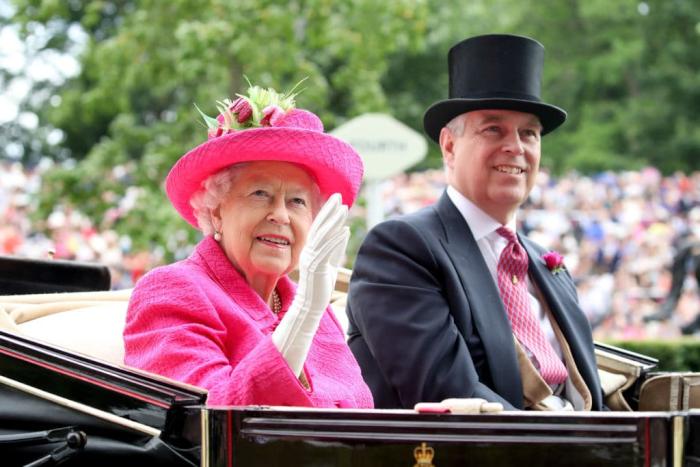 Remember Prince Andrew? You know, the member of the royal family steeped in corruption who admitted on camera that he never regretted being friends with convicted sex offender Jeffrey Epstein? Remember how he claimed that he couldn’t have been involved in his pedophilic abuse, which includes Virginia Robert Giuffre’s accusation that she was forced to have sex with him when she was 17? Yeah, that dude, the one that the Windsors want you to believe is somehow less of a problem than Meghan Markle closing her own car doors.

Well, his mum and her advisors are working overtime to keep him out of the way in the hopes that the FBI will stop asking for a chat with him. According to The Times, the royals have reportedly decided that the Duke of York will never return to front-line public life or official duties. Apparently, it’s ‘toxic’ or something to have a pedophile’s BFF in the family.

Prince Andrew has long been described as Queen Elizabeth’s favorite child, and she was implicitly supporting him in the months after the Epstein story re-emerged in the press by having him by her side during church visits and the like. Things fell apart for their stiff-upper-lip image when Andrew did a now-legendary train-wreck interview with Emily Maitlis of the BBC to try and justify his friendship with the man who spent years being well-known to everyone as a sexual predator of underage girls.

You may remember that interview as the one where he claimed that he had a medical condition that meant he couldn’t sweat and that he’d been too busy partying at Pizza Express to force a teenage girl into having sex with him. This was the interview where, when directly asked if he regretted being friends with A PEDOPHILE SEX OFFENDER, he said NO because he got some good business connections out of it. I can’t believe that guy would be considered a toxic public presence.

Of course, this does little to alleviate the immense poison at the heart of the Windsors. This is the organization that thought a divorced woman of color who liked to hug people and work on cookbooks was somehow more of a problem than the guy accused of forcing a teenage girl into having sex with him. We even had one former royal spokesman claiming that the Queen was ‘probably more angry’ at Harry and Meghan stepping down from their roles than Andrew being a literal pedophile’s unashamed friend. Apparently, it doesn’t matter if you’re corrupt and cruel and racist and an accused sexual predator: As long as the Queen is your mother, you can get away with anything.

The FBI is reportedly still seeking communication with Andrew over his involvement in Epstein’s abuses.