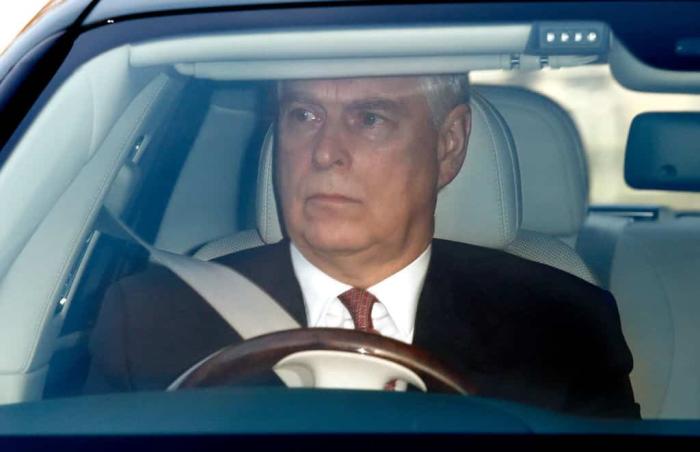 Prince Andrew has been laying low ever since his catastrophic interview with BBC’s Newsnight, wherein he tried to defend himself against accusations that he sexually assaulted one of notorious pedophile Jeffrey Epstein’s trafficked victims. Surprise, it didn’t go well. Old Andy bragged that he didn’t regret being friends with one of our generation’s most infamous sexual predators because he got great business connections out of it. He also claimed that he couldn’t sweat, and that was one of the least nonsensical parts of the interview. The Duke of York chose to/was forced to step down from active royal duties because, you know, he’s friends with a pedophile, but he’s still tight with the top royals because he’s his mum’s favorite. Well, things are about to get a whole lot more awkward in whatever hidey-hole he’s staying in.

The Daily Mail recently revealed that Andrew lied during that Newsnight interview and that he did in fact stay at Jeffrey Epstein’s New York mansion during a trip when it is alleged that he assaulted a trafficked teenage girl. Andrew, told Newsnight’s Emily Maitlis last year: ‘I wasn’t staying there. I may have visited but definitely didn’t, definitely, definitely no, no, no activity.’ Nope. Liar!

The Mail’s investigation revealed that Andrew and a Scotland Yard bodyguard did spend the night at Epstein’s townhouse in April 2001. It was during this three-day trip to the United States that the prince’s accuser, Virginia Roberts, alleges that she was forced to sleep with the Prince for the second time, following a meeting in London. Andrew denies he’s ever met Roberts but photographic evidence exists and nobody buys his claim that the image was doctored.

A spokesman for the duke said: ‘It would not be appropriate to comment on any of these matters.’ Uh-huh. OK. Sure.

Andrew is still wanted for questioning by the FBI, but funnily enough, he seems hesitant to fly to New York to cooperate with their investigation. Sadly, I don’t expect him to face any sort of repercussions for his lies, the multiple accusations made against him, or even just the basic fact of him being unrepentant friends with a serial pedophile rapist, a man whose crimes were well-known and the stuff of court record. His parents will protect him.

← The President Is Already Angling for Another Humiliating Defeat | As the First Vaccine Is Administered in the U.S., Hope Is Tempered by Confusion →