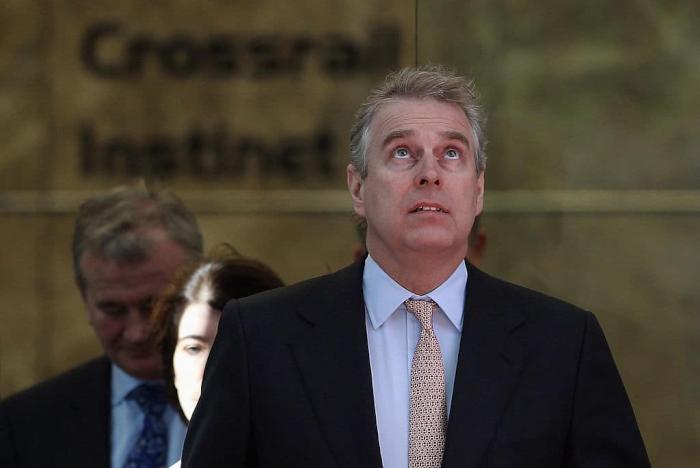 Hey Prince Andrew, Are You Still Pretending You Weren't Friends With Jeffrey Epstein?!

This week, Channel 4 aired an explosive new documentary digging into the life and convictions of pedophile Jeffrey Epstein and his long-time friendship with Prince Andrew. Dispatches: The Prince and the Paedophile — a title that does not mess around — looked closely at the pair’s connection, Epstein’s long history of offenses and accusations from multiple young women, and the various figures in the upper echelons of British power who circled his orbit.

It’s unflinching and a highly damning piece in regards to Prince Andrew, who has denied any wrongdoing, particularly the accusations made by Virginia Giuffre, who claimed she had been forced to have sex with him by Epstein and his right-hand woman Ghislaine Maxwell (another friend of Prince Andrew and his ex-wife Sarah Ferguson. According to flight logs examined by Channel 4 from one of Epstein’s private jets, Andrew flew with Epstein multiple times and would stay with him on at least ten occasions over 12 years. Even after Epstein was arrested for sex offenses, Andrew continued his friendship with him.

So how is Prince Andrew, a man whose friendship with a convicted pedophile has been well-known for a number of years, dealing with the fallout? Well, he’s pretending nothing bad is happening at all and going about business as usual. He’s even got his daughter, Princess Beatrice, by his side for a recent royal engagement, even though she is not a working member of the royal family. See, everything’s fine. Just keep calm and carry on, right?

The pro-Windsor British press is doing their bit to downplay the scandal. Camilla Tominey, the royal journalist who broke the story that Prince Harry was dating Meghan Markle, said that the story could be a problem for the Queen, but not that big, don’t worry. In her column for The Daily Telegraph, she wrote:

‘First we had the allegations surrounding Prince Andrew’s friendship with the convicted pedophile Jeffrey Epstein. Then the Queen was dragged into a constitutional crisis over Brexit. And now the Duke and Duchess of Sussex have given a television interview that feels on a par with Princess Diana’s explosive sit-down with Panorama. By seeming to suggest that she can no longer continue in the Royal Family as it stands, Meghan appears to be not only casting aspersions on the British tabloids but also The Firm she married into.’

Well, that’s that. A member of the royal family being friends with a convicted pedophile and facing accusations of sexual abuse himself is EXACTLY THE SAME as Meghan Markle giving an emotional interview to the press. EXACTLY. THE. SAME.

You know how the tabloids love to claim they treat everyone the same and then they pull crap like this? Their agenda is so transparent that I could use it for double glazing in my house.