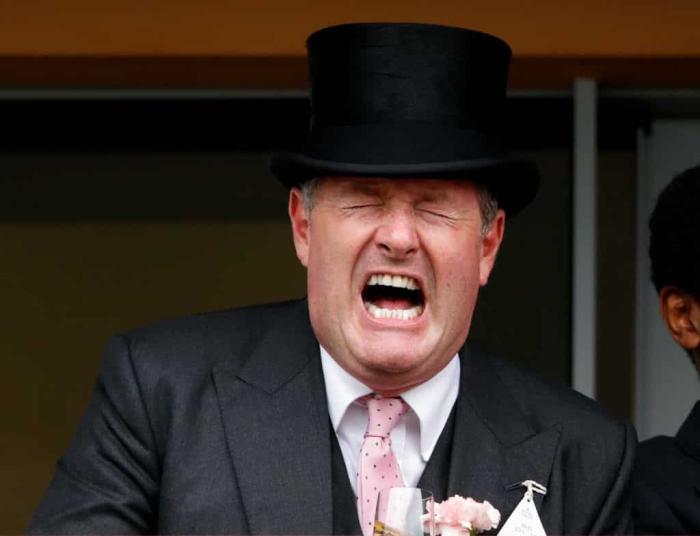 Don't Let the Door Hit Your Gammon Face on the Way Out, Piers Morgan!

Mere hours after professional bully Piers Morgan stomped off Good Morning Britain when one of his own co-workers called out his relentless attacks against Meghan Markle, it was announced by ITV that he would be leaving the show.

This comes one day after Morgan went on air to deny Markle’s claims that she felt suicidal while living as a senior royal, a smear that was widely condemned by mental health charities and the general public. Following co-presenter Alex Beresford’s callout of Morgan’s treatment of Markle, Morgan walked off set, only to return to berate his colleague. It’s worth noting how ITV initially ran with this.

Interesting that @GMB will cut off a clip before Piers Morgan storms off for being put in his place for once but show a clip of Alex Beresford Storming off while being belittled. A certain narrative of an "Angry black man" being pushed. This is how its done. Its so subtle.#racism pic.twitter.com/2768z6cugC

But let’s be real here for a second — ITV didn’t do this out of the goodness of their own hearts. They didn’t do it because they were concerned about giving a platform to bigotry and bullying. They got rid of Morgan because it finally became too embarrassing to keep him around. After giving him unfiltered airtime to berate Markle for months, to allow her father and half-sister plenty of opportunities to attack her, and to talk over the countless women of color who have tried to discuss the racism Markle faced … this was the limit. It’s gross that this is what it took, for this bully to essentially laugh in the face of a woman brave enough to talk about her brush with suicidal ideation.

This was the line. Not the transphobia. Or the misogyny. Or his long and sordid history of ineptitude and cruelty. It wasn’t enough for him to launch a blatantly personal attack on Markle for years. None of that mattered to ITV’s bottom line until it became too embarrassing for them to silently condone him. Screw them.

But come on, let’s enjoy this moment today. So long, you sentient d**k rag, you utter waste of cells, you meat-sack without a spine. Don’t let the door hit your ham face on the way out.


← Can We Talk About Dr. Seuss's Boners? | Casting and Industry: The 'Superstore' Finale, the Perfect Annie Murphy Gig, and Stephen Amell's Starz' Series →