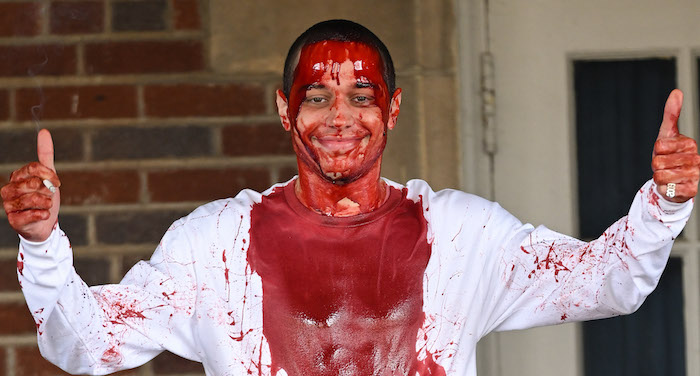 I adore my wife. We’ve been married for many years. I fully expect we will continue to be married until death do us part. And yes: I do have a tattoo of my wife’s name, as well as the names of my children, and the Pajiba logo, because they are and will continue to be a permanent part of my life, regardless of what happens. But I was married for probably a decade before I got a tattoo. You want to make sure, you know? Because tattoos are mostly permanent.

Unless, of course, you’re Pete Davidson, who has spent a lot of time having tattoos of the names of ex-girlfriends removed from his body using lasers, which is not an enjoyable process. When he began dating Kim Kardashian all those many … months ago, way back in October 2021, I guess that semi-permanent ink was not quite enough to impress Kim Kardashian, because she knew as well as anyone that Pete Davidson always got girlfriend-inspired tattoos. He could just as easily have them removed when the relationship invariably ended badly and Pete Davidson made the ex fodder in a comedy special.

Tattoos are cute. Tattoos do not impress Kim Kardashian, as she explained to Ellen Degeneres. “Okay, the first tattoo he got, I was like, ‘Thank you, oh my god,’ second, I was like, ‘So cute,’ but that’s what tattoo people do, right? They get tattoos of what’s going on in their life.”

Is that what tattoo people do? They document their daily lives on the skin? Maybe! But tattoos are for Ariana Grande, or Kate Beckinsale, or maybe Phoebe Dynevor. But Kim Kardashian? She deserves more!

“He has a few tattoos,” Kardashian explained to Degeneres. “A few cute ones that he got, but the Kim one isn’t a tattoo, it’s actually a branding.”
A branding, you say?
“The branding is my name. The other ones are cutesy things. I think my favorite one, it says: ‘My girl is a lawyer.’* And that one’s really cute.”
You can even see it in the photo that Pete Davidson not-so-wisely texted to Kanye, telling him that Pete was in his wife’s bed. 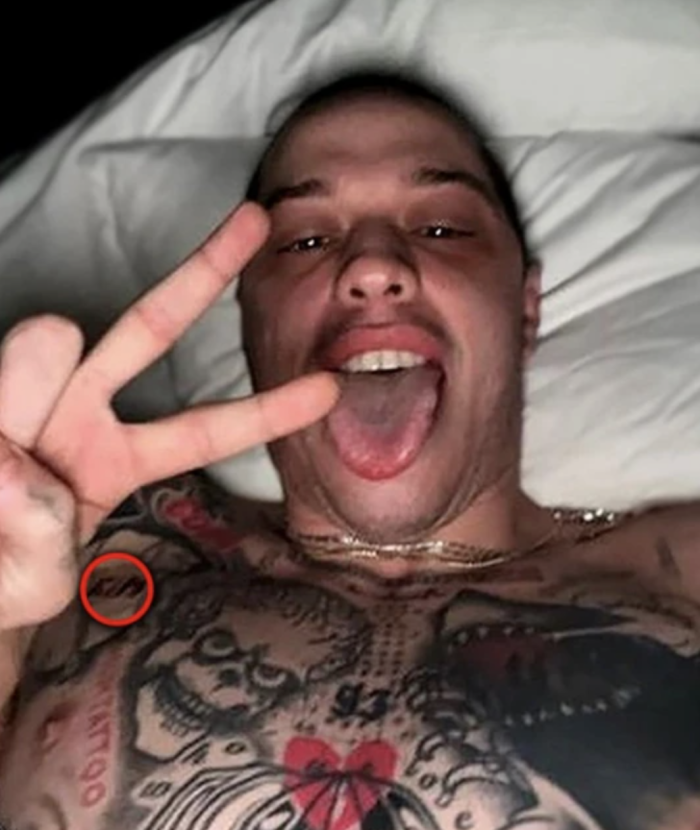 OK, well, that’s either the dumbest thing ever or Pete Davidson has just raised the bar for the rest of us who want to express to our loved ones the permanency of our relationships. “Oh, you got a tattoo of my name on your back? That’s cute! But I guess that Pete Davidson just loves Kim Kardashian more than you love me.”

*Kim Kardashian is not yet a lawyer, and she still faces considerable challenges before she can become one.

via The UK Metro


← Why Did Britney Spears Deactivate Her Instagram? | A Trans Youth Activist Served Up Some Fire in Missouri Court And We Are Here For It →