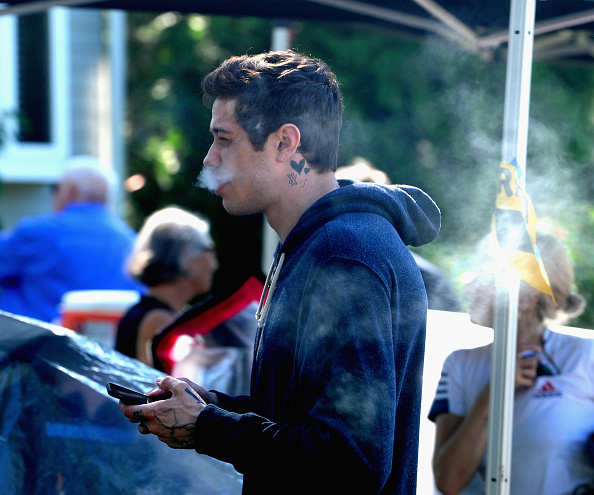 Pete Davidson has dated Cazzie David, Ariana Grande, Kate Beckinsale and, more recently, Margaret Qualley. I don’t really care all that much about Pete Davidson’s dating life, but also, it’s more interesting to me right now than Lindsey Graham and Mitch McConnell passing a meaningless Senate resolution condemning the House impeachment inquiry. And so, I bring you news that Pete Davidson is being romantically linked to yet another celebrity, 18-year-old Kaia Gerber (Pete is 25).

If you don’t know who Kaia Gerber is, that’s OK. But she might look familiar to you. Imagine her with a mole to the left of her lip, and she looks very similar to her mother, Cindy Crawford.

Like her mom, Kaia Gerber is also a model. She is also more famous on social media than Bella Hadid and Gigi Hadid (no, I’m not making up words, old person). She’s also been spotted out and about with Pete Davidson, of late. Davidson, in fact, was spotted leaving Gerber’s apartment, though his people say that they’re “just friends,” which is what you say when it’s only been a week since you broke up with your last girlfriend and you don’t want to look like a total jackass.

You know, I thought the SNL schedule was grueling. Maybe you’d be in more skits, Pete, if you spent more time at work.