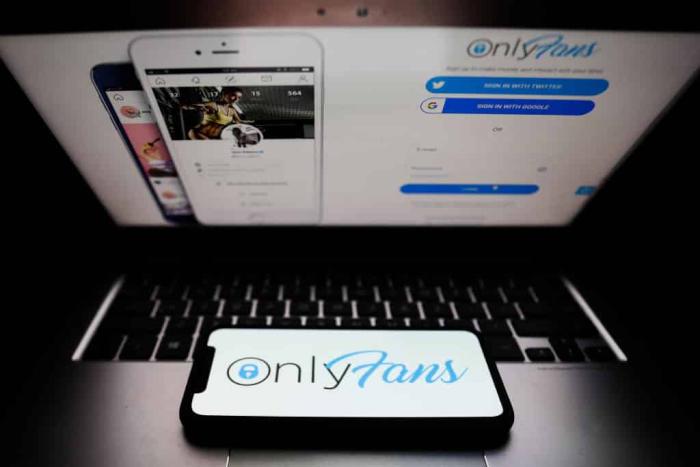 The subscription site OnlyFans, known primarily for its adult and sex-worker-oriented content, has announced it will block sexually explicit photos and videos from the 1st of October. OnlyFans said the change had come after pressure from banking partners, and that the move was a way ‘to ensure the long-term sustainability of our platform, and continue to host an inclusive community of creators and fans.’ They have said that nudes will still be allowed on the site, but the sex workers who made OnlyFans a multi-million-dollar business are skeptical, and for good reason.

OnlyFans emerged as a major creative force over the past year, especially as the pandemic saw many people turning to the subscription-based business model for work. Sex Workers found the site to be the best option in an increasingly limited internet, one where they had been forced off of a number of platforms. In 2018, Patreon announced that they were suspending creators of adult content from the site. PayPal also has a long history of refusing to allow sex workers to use its services for payments. Dominatrix Mistress Eva Oh told InsideHook, ‘It’s a common reality that sex workers popularize platforms only to then be forced out when the platforms reach a level of mass popularity.’

As OnlyFans became a pandemic-era buzzword, a sign of a new era of creator-customer relationships, a lot of famous faces started to set up shop there, and not always for sex-work or related services. Bella Thorne garnered headlines for raking in a reported $2 million in earnings with her OnlyFans page. Cardi B signed up. The rapper Safaree does good business there. You can find multiple Real Housewives making bank too. You can find exercise gurus and chefs and all manner of things on OnlyFans, but the site is defined heavily by its sex workers and its image as a place for pornographic opportunities.

The BBC previously reported that OnlyFans allows moderators to give multiple warnings to accounts that post illegal content, including images of child abuse, on its online platform before deciding to close them. They also reported earlier this year that the site was failing to prevent under-18s from selling and appearing in explicit videos. While the company said that its new move to remove adult content was a financial one, it seems more likely that OnlyFans was worried about legal threats.

In 2018, the American Senate passed a controversial piece of legislation. The Stop Enabling Sex Traffickers Act (SESTA) and Allow States and Victims to Fight Online Sex Trafficking Act (FOSTA) clarified the country’s sex trafficking law to make it illegal for anyone or any corporation to ‘knowingly assist, facilitate, or support sex trafficking.’ Essentially, if you’re a site like Craigslist or Backpage or, yes, OnlyFans, and you’re hosting illegal content, you’re liable for it. The Sex Workers Outreach Project described SESTA as a ‘disguised internet censorship bill.’ Almost overnight, sex workers saw their ads and videos removed. It wasn’t just sex work too. The deliberately vague nature of the law meant that overreach was inevitable. Reddit saw an unexpected purge of forums. Erotic fanfiction sites were forced to scrub a lot of content. Even a furry-centric dating website called Pounced was shuttered as a result of the bill. Now, it seems that OnlyFans is on the chopping block.

It’s not hard to look at the ongoing direction of OnlyFans and think about the slow, sad decline of Tumblr. Once the beloved haven of fandoms and LGBTQ+ voices, the site thrived on adult content that often couldn’t find a home on even the most progressive fan sites. In December 2018, Tumblr announced that they would delete all images and videos depicting sexual content, as well as what were described as ‘female-presenting nipples.’ Tumblr tried to clarify its rule changes once its userbase rightly called foul, but the damage was done. Tumblr decided to use an automatic content recognition system, which resulted in many non-pornographic images being removed from the platform. It didn’t stop the porn bots either. Users had asked for stronger moderation for a long time, especially to tackle some of the site’s abusive content. Rather than do so, Tumblr just nuked their own business out of orbit. FOSTA-SESTA didn’t exactly leave them with many options. It’s a law designed to poison the oceans to catch a few fish. Really, it’s whorephobia at its finest.

Make no mistake: a deep-seated and systemic disdain for sex work drives many of these seemingly well-meaning laws and Good Samaritans. The battle against sex trafficking is used as a hammer with which to bludgeon places and services that sex workers have vocally expressed their support for. OnlyFans wasn’t a golden haven for the sex work industry, but it was a rare port in a storm. As sex work is forced further underground by legislation like FOSTA-SESTA and the ‘good’ faces of capitalism, OnlyFans was an exception: a business model that refuted the age-old propaganda.

It barely seems to matter that this move will inevitably sink OnlyFans’s revenue. What, you think people will stick around for the conversation and cooking tutorials? What would this PG version of the site offer that, say, Patreon doesn’t? My guess is that OnlyFans will try to make itself more alluring to big-name advertisers and celebrities like Thorne, who will bring with them a lot of extra cash. I question the veracity of such a model, although, as we’ve seen, it takes zero time for an emerging platform or artform to push aside its marginalized voices in favor of the celebrity mainstream (see: podcasts, newsletters, Patreon, YouTube, and so on.) Sex workers deserve better, but whorephobia will never give them it, not under the current unwinnable system.