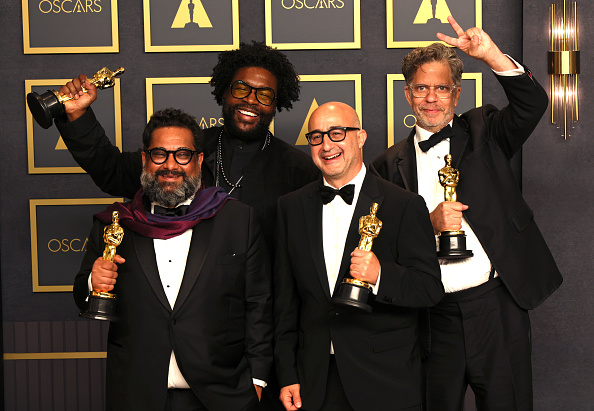 As everyone anticipated after Sunday night, we would be subjected to at least a week’s worth of “The Slap” discourse following the Oscars. I was sick of it by Tuesday, but I’ll also admit that I click on every stupid article. The back-and-forth about whether Will Smith was asked to leave or not has been a surprisingly compelling storyline, and I hate myself for getting sucked in — the latest turn in that saga is that apparently, the Academy did want Smith to leave, but the show’s producer, Will Packer, decided against booting him because Chris Rock told Packer that he didn’t want to make things worse. Packer now wishes he had forced Smith to leave anyway, because Smith did not use his speech to make amends; the speech did exactly what Rock didn’t want, which was to make things worse.

Oh, and I should also add that someone dug up another joke Chris Rock made at Jada Pinkett-Smith’s expense in 1997, so now some on social media are convinced that Rock has had it in for Pinkett since the beginning because he’s made, uh, three jokes about her in 25 years.

One slight during the ceremony that has been otherwise overshadowed by “The Slap” is another, different joke that Chris Rock made after the moment. Look: It was bad enough that no one could hear Questlove’s remarkable speech for winning Best Documentary over the din in our heads reverberating from the Slap, but before he even made the speech, Rock referred to the winners of Best Documentary for Summer of Soul as “Ahmir Thompson [Questlove’s real name] and four white guys.”

The problem is that there were only three other guys, and another thing: Joseph Patel (top, left) is not white. But he was pissed, as he expressed on Twitter (his tweets are protected).

“The reason that makes me SO SO VERY ANGRY is because I was so proud to be one of a handful of South Asians to have ever won an Oscar in the history of the award,” tweeted Patel, who is Indian-American. “I was ecstatic that I was the 3RD South Asian to win that night. Three South Asians winning on the same night - that’s never happened before! And it’s meaningful! It’s history!”

“I’m a big boy — I can take a joke. Comedians make jokes. But not in that moment, what a sh*tty, disrespectful thing to do. I got back home to New York last night and saw the ceremony on my DVR and didn’t have the stomach to watch it. I probably never will.”

It was a sh*tty, dismissive thing to say. But also, props to Patel for expressing his anger on Twitter several days after the event instead of, say, slapping the sh*t out of Chris Rock on stage.