On Toad the Wet Sprocket, John Krasinski, and Selling Out

One of my favorite bands in the 1990s was an outfit called Toad the Wet Sprocket that too many people compared to R.E.M. back in the day, but that nevertheless managed to carve out a sizable fan base. The band would eventually break up and its lead singer, Glen Phillips, would release a number of solo albums, all of which I have listened to countless times. I dig the guy because he’s got a great soul.

I hadn’t thought about Phillips that much for a few years, however, until recently. At the beginning of the pandemic, a terrific guy used to know thought of me when he saw Phillips’ playing little acoustic, one-man concerts from his living room on Facebook. I ended up listening to Phillips for about a week straight after that, and he helped get me through a rough emotional patch back in late March/early April.

Still, while I found his little concerts charming, they also made me a little sad, because they were coming from Phillips’ very modest home, which I believe he said he would soon be leaving to move in with his girlfriend. The pandemic will be hard on Phillips because, he said, he survives on the income he earns from touring. It’s clear that Glen Phillips is not a wealthy man, although I am sure he’ll be fine. However, during one of these Q&As on Facebook, Phillips admitted that he shied hard away from fame in the 90s and maybe didn’t do the things he needed to do to secure a more stable future.

In other words, given the opportunities, Glen Phillips did not sell out.

That is something we should absolutely admire about Phillips, and I do, but the trade-off is this: Phillips will probably have to work his ass off touring for the rest of his career, not to buy a second home, but to pay his rent and help support his three daughters.

There’s obviously no reason to feel bad for Phillips — he looks like he has a good life, and he still has a lot of adoring fans, including myself — but I have thought about him a lot the last couple of months, sometimes in the context of this very site. We’ve had opportunities to sell out (at a much, much smaller level). In fact, one we didn’t explore arrived a few weeks before the pandemic hit, but I have never seriously entertained it, although lately, I have started to wonder if the pandemic doesn’t sink us, my refusal to sell out might. Sometimes I honestly wonder if that is noble or sad.

All of this brings me to John Krasinski, who has become a weird flashpoint for some of us who write on the site. Yes, f**king Jim Halpert is a source of consternation among the writers here for various reasons that are not necessary to get into (you can check the archives). However, on a particularly hard day for me personally back in April — on a day where my emotions were running super high — I posted an episode of his “Some Good News,” the one where Brad Pitt gave a weather report and Billie Eilish helped throw a virtual prom. It’s exactly what I needed that day, because for most of April, I could not think about politics. It just wasn’t in me, and the headline to that piece was something like, “I just can’t be mad at John Krasinski now.”

Well, that was two months ago. A few weeks after I posted that, I was back on my bullshit, acknowledging that part of what Krasinski’s Some Good News — as pleasant and uplifting as it is — can do is provide a distraction from the pandemic. While that sounds great, there is an entire industry now devoted to ignoring the deaths of thousands of people, and the net effect is that it plays right into the hands of those who want to ignore the disease and its ravaging effects on vulnerable populations and move right on with our lives for the good of the economy.

In any respect, while we here at Pajiba have various opinions on Krasinski, there does seem to be one thing with which we — and Glen Phillips — can all agree: Selling out is not a good look. Selling out as crassly as John Krasinki did yesterday sucks even worse. In the beginning of the pandemic, John Krasinski very earnestly started a web series devoted to surfacing the bits of good news amid the Coronavirus horror show. It was very sweet, and Krasinski leveraged this sad era in our history to bring on lots of big stars (like Emma Stone and Brad Pitt and the entire cast of The Office) to make people feel better for a few minutes each week. To me, it felt pure and altruistic, something Krasinski was doing for the good of humanity.

Yesterday, after a bidding war, John Krasinski sold his altruism to CBS All Access. Krasinksi will no longer host the show, because, well, he’s basically cashing out. Dollar bills, y’all. Dollar, dollar bills.

“Could not be more excited and proud to be partnering with CBS/Viacom to be able to bring Some Good News to so many more people!” Krasinski said in a statement. “From the first episode, our goal was to create a news show dedicated entirely to good news. Never did I expect to be joining the ranks of such a historic news organization as CBS.”

And with that, John Krasinski has probably earned multiple millions of dollars by exploiting our need for hope during a public health crisis that left many of us vulnerable to … hope. If we do not hear in the next few days that John Krasinski has donated every cent of the proceeds to a charity in support of Covid-19 efforts, he will have dashed every single ounce of goodwill he’s amassed the last two months. I’m not saying that in a “Cancel John Krasinski” sort of way. I’m saying it in a, “Man, that is really disappointing” sort of way. There’s a good way to sell out, and there’s this.

On the last episode of the show before he sold it, John Krasinski signed off, saying, “There IS and ALWAYS WILL BE…good in the world!” He’s right, and we need look no further than Glen Phillips who — even as a struggling musician — is throwing Facebook concerts where all of the proceeds (usually on the order of a few hundred dollars) are going to charity. That, my friends, is the good in the world.

'Good Omens' David Tennant and Michael Sheen Reunite For TV Show You Can Watch Next Month! 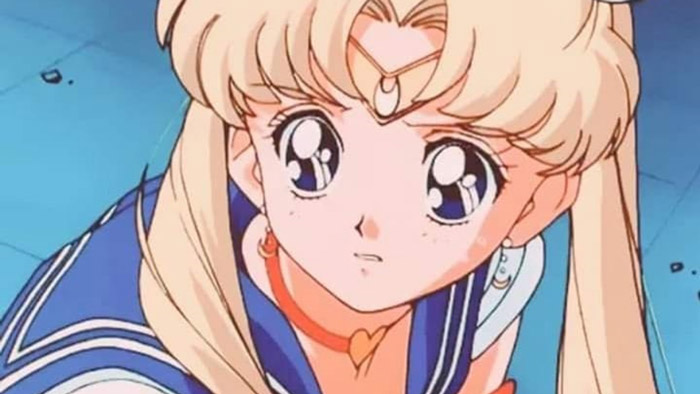 Artists Pay Tribute To Sailor Moon With a #sailormoonredraw Challenge