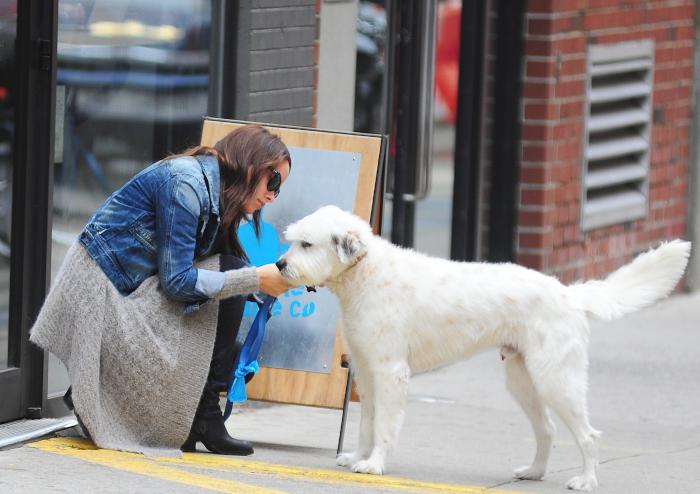 Olivia Wilde Did Not Mistreat Her Dog

A few days ago, amongst all the other allegations that The Nanny has made about her clients, Olivia Wilde and Jason Sudeikis, one particular allegation got caught in the craw of many. It wasn’t the affairs; it wasn’t the salad dressing or the lying down in front of the car; it wasn’t even that Florence Pugh had allegedly slept with Harry Styles, too.

It was the dog.
A lot of folks were incredibly upset that Olivia Wilde had apparently gotten rid of the family dog to — as the nanny suggested — spend more time f**king Harry Styles. The fact that Jason Sudeikis never wanted a dog to begin with was also the moment for many when the Ted Lasso veil was pierced. “He doesn’t like dogs? Gasp!” For a number of people, this was the dealbreaker. This is what suggested to some that Wilde and Sudeikis were evil people who should be thrown underneath a prison cell.

Los Angeles Dog Rescue, however, has set the record straight because obviously what this story was missing was the involvement of a dog rescue agency. Here’s what they had to say:

“Well, you may have seen Gordy in the news lately and we want to set the record straight. Gordy was adopted to @oliviawilde at 2 months old and after giving him much love and training and travel adventures, she realized that Gordy didn’t love the travel life and wasn’t happy around toddlers.

“Gordy had formed a very strong bond with his dog walker and in Gordy’s best interest and after much thought and consideration, he was rehomed to his Brooklyn dog walker.”

“Before this decision was made, Olivia called Maeday to discuss, and we were involved in the decision. We pride ourselves on finding that perfect forever home for our Maeday animals and every once in a while the animal is just happier in a different environment and that’s okay.”

“Olivia is a huge animal rescue advocate and rehomed Gordy out of compassion and love for him.”

“We felt like we should share this because we hate that the media is painting a Maeday adopter in a bad light. Thanks for adopting @oliviawilde and for being a responsible pet owner.”

See? She was doing the right thing. It’s much better to provide a good home for the dog than to keep a dog that you may not have as much time to care for as you might have hoped because you’re f**king Harry Styles. Happens to the best of us.

As for Sudeikis? Look. I have a dog. I did not ask for the dog. I did not necessarily want a dog. But who takes care of the dog? Who feeds the dog and pays the vet bills and lets the dog out every 20 minutes because the dog is on steroids and drinks 7 gallons of water a day and begs for food all goddamn night long? Certainly not the people who begged for the dog. I did not sign up for this. Do I still love the dog? Yes, unfortunately. Would I give the dog away if I had the opportunity? No, I would not. But if my wife were f**king Harry Styles, I might understand the inclination.

Note: The header photo is from 2012 and is not of the dog in question.
Source: L.A. Dog Rescue