I Swear, If You All Make Olivia Jade Some Ironic Scammer Queen, I Will Riot

It’s been five months since Operation Varsity Blues revealed the true extent of nationwide college entrance exam cheating. The admissions scandal ended up hooking some very influential and powerful people, although most of the attention fell on the two most famous actresses who were revealed to be participating in this cheating: Felicity Huffman and Lori Loughlin. The latter pleaded not guilty to charges of conspiracy to commit mail fraud and honest services mail fraud. The indictment against her and her husband, fashion designer Mossimo Giannulli, alleged that they had paid $500,000, disguised as a donation to the Key Worldwide Foundation, in order that the University of Southern California’s admissions committee would believe that their two daughters would be joining the school’s rowing team if admitted. Neither women had trained in the sport. The documents also alleged that, in the case of one of the daughters, their entire application was written for them.

That daughter is better known as Olivia Jade, a one-time influencer and YouTube star. The fallout from the arrests led to her losing various sponsorships and brand deals with companies like Amazon Prime and Sephora. Olivia had leaned heavily on her life as a USC student to garner brand deals, such as Amazon Prime’s services, which she claimed she used to redecorate her dorm room in an interview with Teen Vogue that did not disclose the sponsorship deal. I wrote about this in greater detail here, for those interested.

But where is she now, I hear absolutely nobody ask? Well, Olivia Jade is back, and she’s got a message for the h8rz!1

Wow, what a brave badass. Isn’t it liberating to see a spoiled brat, whose parents had to resort to mass bribery to get her into college, stick it to the man? I especially love the Snoop Dogg t-shirt she totally didn’t buy that very day to further emphasize her hardcore image. Girl’s as hardcore as yogurt. She seems to be mad at ‘sources’ talking about her life as if half those ‘sources’ didn’t sound like they came from her camp.

Of course, the comments section is full of ‘yaas queen, legend, we stan’ comments, because if there is something we have learned in the age of influencers, it’s that people think ironically celebrating exploitative liars who contribute nothing to our society is somehow both witty and rebellious.

Seriously, if any of you try to turn Olivia Jade, a woman who is allegedly culpable in her parents’ crimes and who used said cheating to build a brand, into some sort of scam queen hero, I will set fire to something. I don’t want to see anybody pretending this is her Taylor Swift ‘Reputation’ era. She was not wronged. She is not some pseudo-ironic folk anti-hero. She didn’t steal from the rich to give to the poor. She is the problem.

Can we all please be better than this? Can we all at least have enough optimism in our crumbling planet that we’re not left with celebrating slimeballs who think their active participation in a crooked system is a personality trait? That’s all I ask. Olivia Jade was always going to be fine. She comes from money and she’s a conventionally pretty skinny white girl in Los Angeles. She’s hardly going to have to start from the bottom. Let her end up on some Bravo reality show or whatever nonsense E! is pushing next. 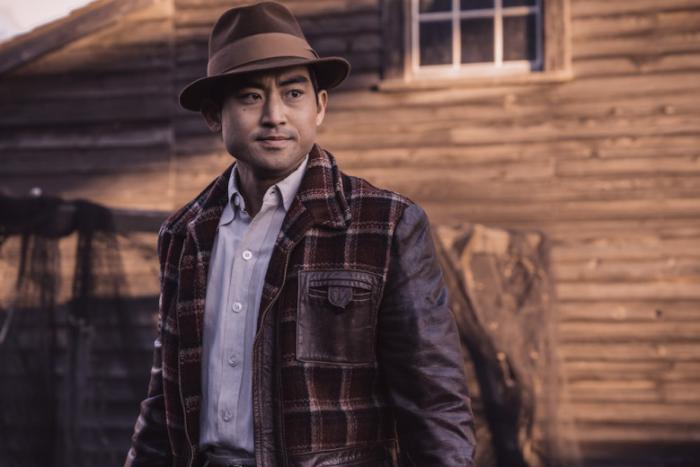 Recap: What's Going on with the Yūrei in 'The Terror: Infamy'?

Spice Up Your Tuesday Night