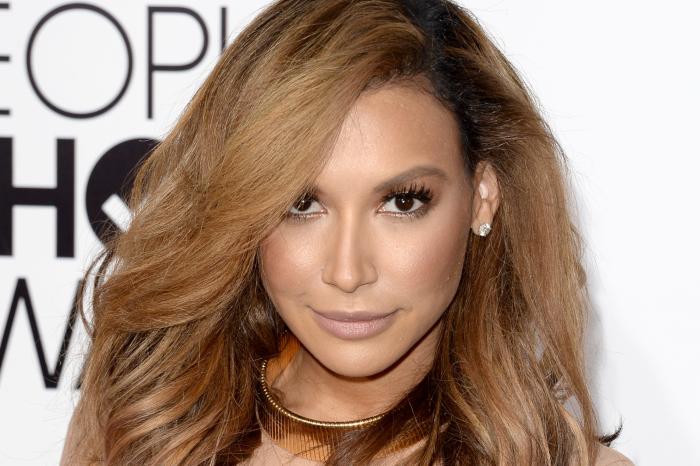 The ripples we leave in our wake define us just as much as our actions do. So I’d like to take a moment to celebrate the spirit of Naya Rivera. And acknowledge the profound impact, massive void and incredible legacy she is leaving behind after only thirty-three years on our planet.

While I know she was cast in other things, for me Naya is indelibly associated with her character on Glee. Quite frankly, she was the main reason I even stuck with the show for as long as I did. Why was I such a big fan? The most obvious reason is because hot damn, she was a true triple threat. Half of my favorite numbers on the show featured her, the also fabulous and severely under-utilized Mercedes Jones, or both. Over a decade later, am I still salty that their glorious rendition of “River Deep, Mountain High?” and ability to flawlessly cover Tina freakin’ Turner didn’t win all the prizes? Verdad que sí.

As anyone watching Glee could tell you, Naya could shake and shimmy with the best of them. I could honestly listen to her rich, blazing voice for hours on end. And her acting abilities were just so ridiculously spot-on. Her comic timing and razor-sharp insults were the stuff of legends, but it was her emotional bench that really got to me. In her shattering portrayal of Santana Lopez, we were gifted with a searing, tearing glimpse into what it would be like to be a teenager publicly outed against her will or a young woman whose sexual orientation was not fully accepted by her family.

I know I’m not alone in my Naya appreciation, either. Back when the show originally aired, the power couple of Santana and Brittany — AKA Brittana — readily became a Glee fan favorite. At the time, audiences seemed completely thrilled to watch the tumultuous, hilarious, unconventional and unexpectedly loving depiction of an epic romance between two young women. In the wake of her recent passing, I’ve seen so many comments from people grieving, sharing and talking about how Santana helped them come to terms with their own sexual identities.

Which makes sense, because back when I considered myself a real Gleek, I remember feeling so very proud of my show for this showcasing of true inclusivity. After a false start or two, I respected their decision not to sensationalize a romantic relationship between two beautiful young women by depicting it through the flattening lens of the male gaze. Their choice to do so definitely went against the grain of Hollywood’s far-too-frequently-deployed and absolutely-way-too-normalized “ooh sexy lesbians together so hot” trope. Brittany and Santana may not have always had the healthiest relationship, but it always felt real.

Before I go any further, I have to acknowledge that yes, I recently wrote that Glee as a show was very problematic and this is not intended to be a reversal of that. Also, I think it’s important to call out that it was two straight, cisgender actors playing these iconic LGBTQIA roles, not two actors who identify as LGBTQIA themselves. Still, progress has to start somewhere. And as a living embodiment of why we need greater diversity in our storytelling, you really can’t do any better than Brittana.

All of these reasons on their own would be enough to make me a fan of Naya and her work. And yet, for me it’s Naya’s powerful depiction of a strong, complex, ruthless, loyal, tough young Latinx woman that indelibly left its mark on me. Before her, I was just a young, mixed-race woman reluctantly cast as a fish out of water in a predominantly white environment. I remember hunting fruitlessly for positive depictions of Latinx women in our society and culture. I remember being so incredibly, painfully cognizant of not conforming to much-loathed Latinx stereotypes that I boxed myself miserably into a cramped little corner.

And then Santana Lopez strutted across my screen.

Let’s be real — her character wasn’t some perfect, life-changing sensation at first. In season one, they essentially treated her as a Quinn Fabray mean-girl clone lurking in the background and looking pretty in her cheerleading outfit. Yet Naya’s presence was so compelling, so demanding, so unrelenting, you couldn’t help but notice her no matter where they put her in a scene. She took the basic, unmemorable one-note character handed to her and elevated it beyond all reason or comprehension.

Santana was an unstoppable force who pulled everyone and everything into her orbit, yet did it with so much talent and fire that we couldn’t ever really be mad at her for it. As we all know, Latinx representation in modern pop culture is notably terrible, but Afro-Latinx representation is somehow even worse. To those of us who identify as Latinx or Afro-Latinx, seeing a Black Puerto Rican actress playing an Afro-Latinx character who was allowed to be more than just “nice” or “evil” was indescribable.

Before Glee, I always skirted carefully around any type of behavior deemed to be too stereotypically Latinx. I’m naturally a dancer who loves bright colors, reggaeton, tango, Spanish guitar, hoop earrings and flowers in my hair. Yet I was reluctant to reveal these things outside my close circle of friends because it made me feel like I was betraying mi gente. Like I was some sort of non-consenting racial ambassador. One whose choice to conform to what society thought of my people helped prop up the very same system of stereotypes I hated. It made no difference whatsoever that these were all things I genuinely held interest in. I still felt shame or unworthiness whenever I acknowledged them.

But after hearing Santana say things like, “I don’t mean to be a bitch…well, yeah, actually, I do,” my perspective started to change. I realized that by trying to be the anti-Latinx stereotype, I was actually pigeonholing myself and building the bars to my own cage. From that point on, I made a conscious decision not to stop myself from doing something just because it’s too stereotypically Latinx. And while I haven’t always kept that promise perfectly, I’ve at least always tried to do so.

Santana Lopez and Naya Rivera helped me grow into a better, happier, more fulfilled version of myself. She helped guide me on my quest to become a loud, proud Latinx woman in spirit as well as name. I have no doubt her legacy will live on through her son, her family, her friends and loved ones. I hope they take some comfort in knowing she will also live on through me and those like me. All of us whose lives she reached out and touched through our screens.

The Queen of Lima Heights Adjacent has gone to her gorgeously fierce throne in the sky and left our world brighter than it was when she entered it. Cuídense, mi reina.