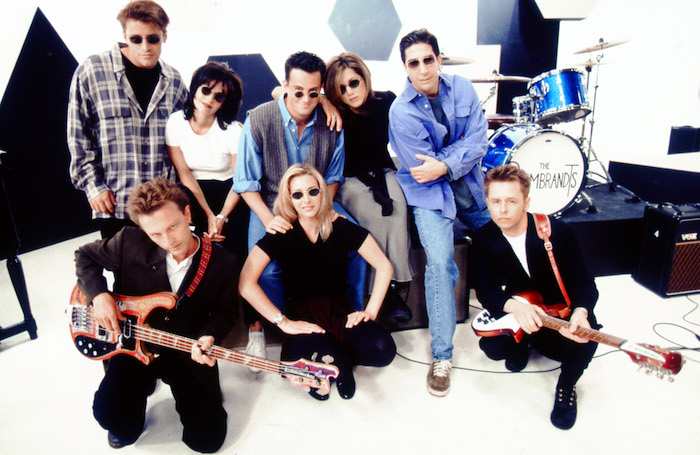 If you think to yourself “Self, I love Friends, but do I love that show that went off the air 15+ years ago, enough? How can I show my love more?” I have very good news for you but only if you have a lot of disposable income or have a line on a reliable pig that can sniff out winning scratcher tickets. (If you do have a line on that pig, well, you know where to find me. At the local airport Chilis. Duh.)

Today is your lucky day because I’m here to tell you that yes, scratcher pigs are a thing, but also, there’s a Friends auction happening, with props and whatnot from the show.

Have you always wanted to possess Ursula Buffay’s driver’s license? A box of Smelly Cat litter? Hell, how about a Joey Tribbiani headshot? Hey—you want a canoe? This auction has a canoe, but with an added bonus, it’s Chandler and Joey’s canoe, friend. You’ll be the envy of the canoe community with that little piece of history, won’t you? Devin, the “cool” guy at the canoe yard won’t be laughing at you now, will he?!

It’s all within your grasp … if you have an eye-watering amount to spend on these things, that is.

Like, you should just stay home and not bother if you don’t have thousands to shell out on this stuff.

For instance, per a Press Release sent out to people in the know, who then forward this stuff to me (thanks Kristy!) if you have your eye on Ross’ studio-authorized repro of his Holiday armadillo suit, you better bring at least $10,000 to spend, because that’s the minimum of what it’s projected to go for.

To speak in plainer terms that I at least understand—that’s as if you bought 10,000 tacos on the dollar menu in a location that didn’t have sales tax. That’s a year’s worth of tacos, friend! (Yes, I eat slightly less than 28 tacos a day. Don’t you?)

Here’s the good news, though. Proceeds from the auction will go to support the Trevor project, which is a great organization that helps LGBTQ youths in crisis. Here’s another bit of good news, specifically if you live in Boston—some of these props will be on display at the Friends popup before they go to auction, starting November 21, which sounds eminently more affordable than $10,000 for an armadillo suit that let’s be honest, you’ll probably only wear once or twice, anyway.

Now, look, I know owning a piece of television history is something we all aspire to. So, friend, I’m going to do you a solid here, and alert you to a very budget-friendly and unique opportunity—you, yes, you, can own a prop from the Craig T. Nelson classic sitcom, Coach, for less than $200. No, this is not my auction. You think if I owned a piece of history, I’d just sell it?! Come on.

I know this post has had some high highs (Friends auction!) and some low lows (Friends auction!) but with this little piece of memorabilia from a show that ran from 1989 until 1997 hopefully balance has been restored to you, the universe, but above all else, Craig T. Nelson.


← Reddit Asks: What's Something So Commonly Misunderstood That You Need To Clear It Up? | Jason Momoa is the Work Husband Emilia Clarke and All of Us Need →