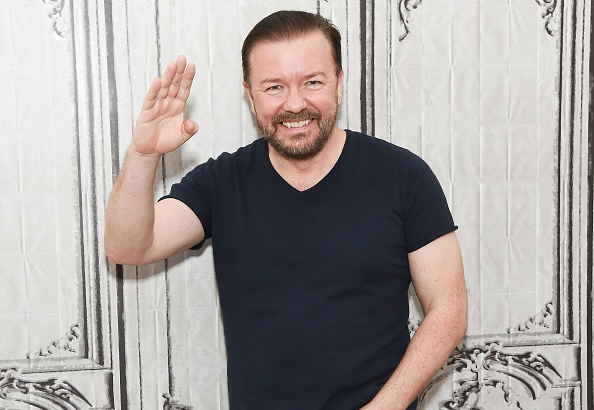 Netflix CEO Ted Sarandos is defending comedy specials by Dave Chappelle and Ricky Gervais again, so I’m basically going to say the same thing I always say, which is: Why? Why when it comes to comedy is it not OK to make racist jokes, homophobic jokes, or sexist jokes, but comedy still allows a carve-out exception for trans people?

“We’re programming to people with a real variety of tastes and sensibilities. [There’s a range in] how they were brought up, what they think is offensive or what they think is damaging to themselves or to children,” Sarandos said.

So, if people grew up with racist grandmothers, would Netflix support a comedian’s right to make blatantly racist jokes? Does Netflix only offer programming that is acceptable to the tastes and sensibilities of Ted Sarandos?

“We won’t make everyone happy, but that’s the beauty of on-demand: you can turn it off. The reason comedy is hard is we don’t all laugh at the same thing. We all cry at the same thing so drama is a little easier to pull off, but when it comes to comedy, it’s all very different.”

So, some people still laugh at jokes that are cruel to marginalized communities, and Netflix is therefore required to serve that market? Some people have Nazi tattoos. Should Netflix cater to that market, too? If Jews don’t like it, well, they can just turn it off!

“Also, it’s not frozen in time. Those comedians who are good at what they do are always testing the audience. They know what gets laughs; it’s road-tested before they record the special.”

Oh, it’s road-tested! The transphobia is road tested! My bad! As long as some people in the audience continue to laugh at bigotry, then I guess that makes it OK! It’s the laugh test! If bigotry gets laughs, then it passes!

“Diversity of thought, expression, is super important to defend. It’s good for culture, it’s good for society — not just for the U.S. but everywhere.”

If a white person gets on stage and delivers a bunch of racist slurs, some people in the audience might laugh at them. Hell, a lot of people might (have you lived in 2022?). That laughter normalizes racism. It emboldens other white people to use racial slurs in their shows. This is no different. If two of the most popular comedians on the planet are given a platform to make transphobic jokes that are laughed at by an audience with “different tastes and sensibilities,” those tastes and sensibilities will continue to flourish. Netflix is not supporting diversity; it is spreading bigotry.

If your whole thing is “diversity of thought and expression,” then give every hateful bigot a platform. Don’t pick and choose your bigots based on the composition of that bigot’s audience. If you are going to draw a line that protects Black people or Jewish people or gay and lesbian people, extend it to all marginalized groups. Don’t stop short of offering those protections only to those who have less commercial power to successfully fight back.

← 'Sharp Stick' Trailer: On the One Hand, Jon Bernthal. On the Other? Lena Dunham | Quite Possibly the Most Joyous Music Video On the Internet →