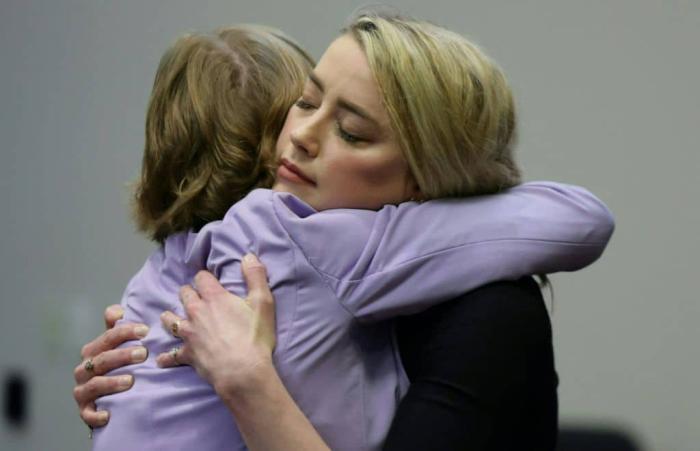 Five months after the Depp v. Heard verdict was announced, over 100 individuals and organizations have authored and signed a public letter of support for Amber Heard. You can read it here or below.

Five months ago, the verdict in the defamation trial between Johnny Depp and Amber Heard deeply concerned many professionals in the fields of intimate partner and sexual violence.

As many, including A.O. Scott for The New York Times have noted, the vilification of Ms. Heard and ongoing online harassment of her and those who have voiced support for her have been unprecedented in both vitriol and scale.

Much of this harassment was fueled by disinformation, misogyny, biphobia, and a monetized social media environment where a woman’s allegations of domestic violence and sexual assault were mocked for entertainment. The same disinformation and victim-blaming tropes are now being used against others who have alleged abuse.

In our opinion, the Depp v. Heard verdict and continued discourse around it indicate a fundamental misunderstanding of intimate partner and sexual violence and how survivors respond to it. The damaging consequences of the spread of this misinformation are incalculable. We have grave concerns about the rising misuse of defamation suits to threaten and silence survivors.

We condemn the public shaming of Amber Heard and join in support of her. We support the ability of all to report intimate partner and sexual violence free of harassment and intimidation.

This letter was signed by the National Organization for Women, the National Women’s Law Center, Esperanza United, Hope’s Door, among other organizations as well as an impressive list of prominent activists, advocates, academics and researchers across the spectrum of women’s rights advocacy and domestic and sexual violence awareness fields, and many of them survivors themselves. It reiterates what a lot of us have been saying even before the verdict, that the vitriol hurled at Heard and her supporters was unprecedented, and that it will open the door for the court system and social media to be weaponized against people who allege abuse in the future.

It describes the cesspool of Twitter and Facebook comments about Heard as “a monetized social media environment where a woman’s allegations of domestic violence and sexual assault were mocked for entertainment.” We did that, folks. Maybe not you and me. But we, as a society, turned a woman’s pain into a joke and allowed a bunch of tech moguls to make money off of her. If you believed Amber Heard, you either did so unapologetically and often received violent, misogynistic, backlash. Or you were too afraid to say anything so you could avoid the violent, misogynistic backlash.

If you didn’t believe Heard, you mocked her in the public square, where all of the abuse survivors in your life (whether you know who they are or not) could see it. However you feel about Depp’s case against Heard, that is the sort of thing that does irreparable harm to everyday people who are survivors of abuse. It makes the real world a more hostile place for women and men to come forward and report abuse and demand accountability from their abusers. As much as this letter is written in support of Amber Heard, it is also a denunciation of this place we find ourselves in as a society. Where we can use the megaphone of social media to broadcast misinformation and the harmful viewpoints that are spawned from it.

The people who signed this letter, and the organizations they’re affiliated with, have spent their careers trying to make the world a safer place for abuse victims. They work toward a world where abuse happens less frequently and is punished more appropriately, without revictimizing the victims. They must publish this letter, not only for Amber Heard but for survivors everywhere. While the letter is unlikely to win over the hearts and minds of anyone who aligns themselves with Johnny Depp (or Marilyn Manson for that matter), I hope Amber, other survivors, and those who fight for them, can find some sense of strength and solace in it.


← Why Did Dr. Wilder Shut Down Max Goodwin on 'New Amsterdam'? | 5 Shows After Dark: 'Limitless with Chris Hemsworth' on Disney+, 'The Masked Singer' on Fox →