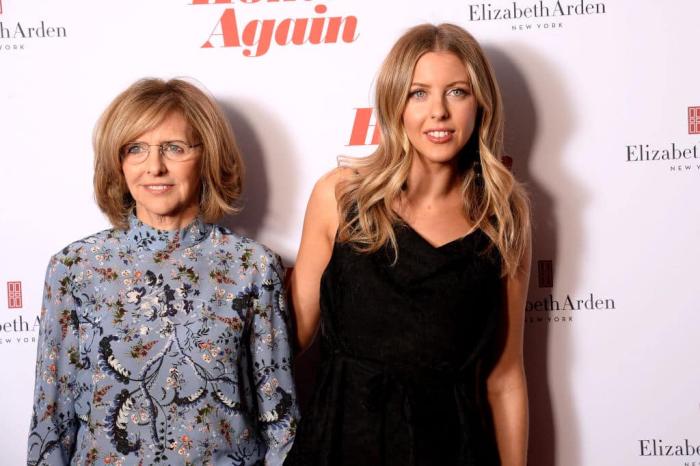 Over on Vulture, writer Rachel Handler has been heading up Nancy Meyers Week, a celebration of the writer-director and her beloved and highly specific catalog of work. Meyers, who directed Something’s Gotta Give, The Holiday, and The Intern has created a distinctive visual language throughout her four decades of work, as argued by Handler. In one piece, titled ‘A Chaotic Taxonomy of the Nancy Meyers Cinematic Universe’, Handler details with immense attention and affection the tropes and aesthetics that have become so inimitably Meyers-esque. It’s a great piece. You should read it. Indeed, read all of Handler’s wonderful work from this themed week. It was well-received by everyone. Well, almost.

One person who seemed greatly offended at Handler’s obviously loving analysis was Hallie Meyers-Shyer, daughter of Nancy and director of Home Again. In response, she wrote a screed against Handler, in which she claimed that Handler’s work was ‘sexist’ and ‘inappropriate.’

She takes particular umbrage with a moment where Handler describes Meyers-Shyer’s own film as having been ‘technically’ directed by her, a reference to the visual and thematic similarities between her work and that of her mother. She even implies that Sofia Coppola has never had to defend her own artistic vision because of her dad. It’s a mess of a piece, one that led to a whole slew of ‘yaas queen’ comments from people one would have hoped would know better. Reese Witherspoon jumped on the bandwagon, as did Mindy Kaling, Jason Biggs, and a bunch of Whos.

redpilling myself by reading all the yas queen comments on the most deranged instagram post i have ever read in my life about @rachel_handler's objectively GLOWING nancy meyers ranking. this is a pro-sexism account now pic.twitter.com/iegY6up8Jy

The only celebrity who didn’t seem to swallow this wannabe #girlboss cry was Tavi Gevinson.

Meyers-Shyer clearly knew she’d made a mess of things and has since made her Instagram page private. You know you’ve screwed up when you try to use your clout to attack a female journalist — one of the internet’s most beloved past times — and everyone who isn’t famous rises up and calls you a f**king idiot. Twitter, in particular, had no time for this nonsense.

Hallie Meyers-Shyer and also all celebrities in her comments: pic.twitter.com/hFmzvy2JPO


My guess is that all of those mega-famous commenters didn’t actually read the piece. If they had, they would have seen that it was a practically glowing celebration of Nancy Meyers. Really, it’s the kind of dedicated deep-dive into a director’s work and style that has seldom been afforded to Meyers in the past. It occasionally pokes fun at her most well-worn tropes — cashmere sweaters, white wine, all those incredible kitchens — but it takes a serious level of mental gymnastics to read such obvious affection as callous sexism.

What baffled us most about Meyers-Shyer’s anger was how it seemed to buy into all the crap she claimed she was calling out. She got mad at Handler’s writing for focusing so deeply on the specific aesthetic of Meyers’ work, which she insisted was sexist and only a superficial reading of her movies. Handler’s entire point is that Meyers’s visual approach to storytelling is what consciously makes up her rich and extensive cinematic canon. Style is substance for Meyers. That’s one of the reasons Handler loves her so much. She pays such attention to the reasons why women love Meyers’s movies so much, and Meyers-Shyer sees that as a bad thing?

The Sofia Coppola moment is also, as Gevinson noted, baffling because Coppola’s been lambasted for decades, long before she started directing, for being the poster child for nepotism, and her work is the stylistic and thematic opposite of her dad’s. Hallie and Nancy’s work is clearly cut from the same cloth. It really is a choice to claim that the only thing keeping you from being lauded in the same manner as Sofia Coppola is misogyny when you’ve made one film that was a critical and commercial disappointment. I can see why she’d take offense at the ‘technically directed’ moment, although it clearly didn’t pay off for her in the end because her response is so ham-fisted and determined to overlook the other thousands of words she claims are so upsetting.

The whole post was a wannabe ‘empowerment’ moment, a blatant example of when a rich cishet white lady wants to play victim and receive endless support against a fake target. Whether Meyers-Shyer ever fully understands that or continues to stew with resentment behind her locked Instagram page remains to be seen.

Still, it really is disheartening to see this sort of attack happen because not only is it a painful reminder of how it’s always open season on women in our industry (this so easily could have ended with Handler being violently harassed and threatened, something a lot of us are painfully familiar with), it’s a major slight against the work that so many incredible female critics are doing to redefine the cinematic canon along gender lines. Nancy Meyers has made her impact on the medium and hasn’t truly been celebrated for it, but Rachel Handler wanted to change that. She took Meyers seriously but poked fun in the way that only real fans with an obsessive knowledge of the material at-hand can. That has value, and it’s strange that Meyers-Shyer would dismiss that as frivolous. What would she consider the ‘feminist’ thing to do here? To just ignore huge swaths of her mother’s work and what makes it important? Or is it just not feminist to be vaguely critical about another woman? Come on, we got over that notion when we were teenagers. Try something else.

Nobody tell her about the Nancy Meyers season of Blank Check.

← GOOD NEWS: Working On Your Night Cheese (And Wine) Is Good For You, So Says Science | Christmas Will Suck This Year, Just Ask Amber Ruffin →