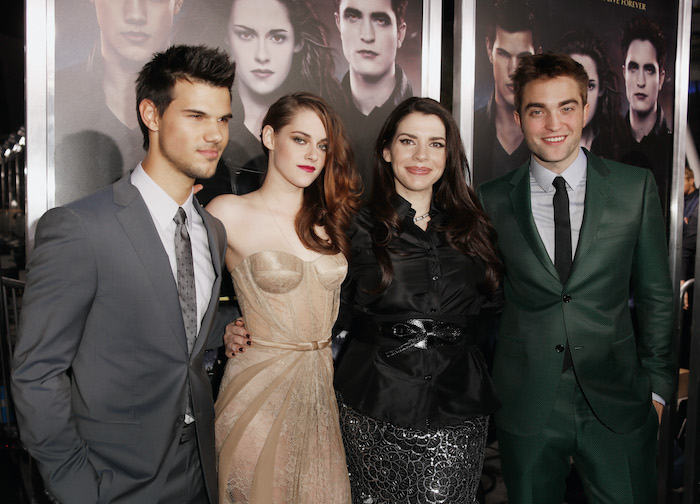 Friends, did you hear that earlier today? That, dear reader, was the sound of Twilight-fans across the world f*cking winning.

Excuse me a moment, I need to celebrate a bit longer…

Yup, all us Twilight fans did was f*cking win today—and let’s face it, we haven’t gotten a win since Bella, Edward and Jacob-the-teenage-werewolf resolved their beef due to Jacob falling in love with Bella and Edward’s infant vampire-hybrid daughter, who, by the by, was delivered via a tooth cesarean because why not?! It’s been a long 8-years for those of us who kept the hope alive that one day, Twilight would again become relevant after the film series ended.

Well, guess what? Today was that day!!

In case you’ve been under a rock during that doesn’t have wi-fi, or haven’t been around a fan of Twilight today (there’s more than you think, it was, after all, the greatest film series of all time) our pal Stephenie Meyer is releasing the long-promised book Midnight Sun. August 4th, 2020, baby!!!

Oh, what is Midnight Sun you might ask?! It’s only the third iteration of Twilight, the book (don’t forget Life After Death, which was just Twilight, but with the gender of the leads swapped) only this time, it’s told entirely from Edward Cullen’s perspective. LOL. At this point, we should have a pool to see how many times she can retell the same story. I’m not mad, I hope we get more than three!

Edward f*cking Cullen, friends. You know, the weirdo who decided to go to high school for almost 100+ years because he couldn’t come up with a better plan in the intervening 90-ish years since he and his vampire family came up with it?! The 100+-year-old vampire who held out for marriage for reasons only known to Stephenie Meyer, and who had to listen to his vampire parents and siblings bone all night, while he did god knows what. THAT Edward Cullen!!!!

Which leads me to the crux of this entire post—is Stephenie finally going to answer our burning questions about Edward and “Twilight”?!

Did he go bananas listening to his family bone all night while he worked on his music or whatever, or did it fuel him? (Please, please, please don’t tell me it fueled him.)

No, seriously, why would a 100-year-old vampire with no real sense of time wait for marriage? What’s the benefit there?

What is the point of marriage to vampires in general?!

Did Edward ever do poorly in school? You know, like did he phone it in, in the ’50s because he was sick of it, or did he always do well?

Will there be multiple monologues from Edward about how much he wants to kill Bella, but he can’t, because she’s sPeCiAl?!

Please, please, please have many asides of Edward reading everyone’s mind around him. That’s not a question, but a general statement. I find Edward’s abilities hilarious because you know that what we’re going to be privy to is how everyone around Edward thinks he’s sPeCiAl. In case you didn’t know, friends, everyone is sPeCiAl in Twilight, unless they’re not, which leads me to …

Can you please include multiple parts of Rosalie being a bitch, because even though she’s kind of special, every female character in Twilight is a bitch except for Bella and Alice, who are really sPecIal?!

Did Edward ever pay attention to anyone but Bella? If so, was she sPeCiAl? Will we get multiple monologues comparing this chick to Bella, who is very sPeCiAl?!

Can someone, anyone, please convince the cast to reunite to film this?! Please?!! You all know my thoughts on a new Twilight movie, but in case you don’t want to click I can just tell you I am very, very pro more Twilight movies.

Anyway, just when you thought I was done writing about Twilight, Stephenie Meyer throws us all a curveball. All I can say is, stay tuned because you know as the resident Twilight expert here, I will be all over this. VIVA TWILIGHT. May it NEVER die.