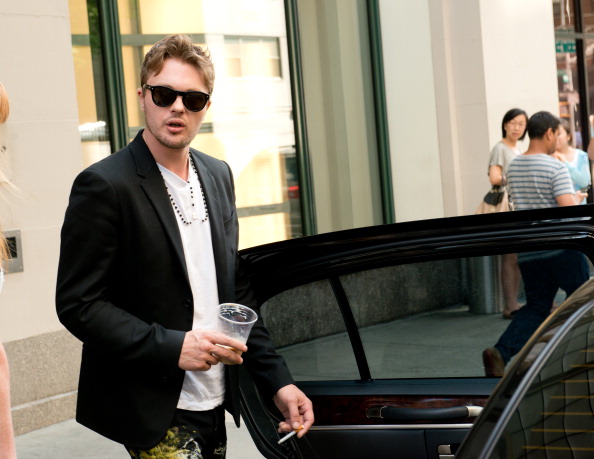 For those who may not recall, Michael Pitt was once the star of HBO’s Boardwalk Empire and, seemingly, one of the actors — along with Steve Buscemi — the show had been built around. However, Pitt was fired after two seasons — and his character killed off — because he was reportedly difficult to work with and often came to the set late and unprepared.

The bad rep that Pitt earned on the set of Boardwalk ultimately derailed his career, although he did make a few memorable appearances in Hannibal and, more recently, in Apple TV+’s adaption of Stephen King’s Lisey’s Story. In 2020, he also appeared in the Netflix film American Crime, where he sings a Biz Markie song.

Needless to say, his career did not turn out the way many expected. Neither has the rest of his life. It’s unclear if it is addiction issues, or if he’s mentally unstable, but over the summer, he was arrested for ripping a phone out of a man’s hand and repeatedly hitting him in the face.

Last Friday, Pitt was taken into custody, deemed emotionally disturbed, and hospitalized after someone called 911 to report that he was throwing objects at people from the roof of a building. Pitt was carted away on a gurney, and it’s clear from the images obtained by TMZ that Pitt was not in his right state of mind.

We hope he finds some needed help. In the meantime, it seems like things were looking up in his career before the latest setback. He has filmed three movies lined up for release, including Reptile with Alicia Silverstone and Justin Timberlake; You Can’t Win with Jeremy Allen White; and Black Files with Sean Penn and Katherine Waterstone. He’s obviously a very talented actor, but he clearly has his demons.