Meghan McCain likes to present herself as a root-toot gunslinger who “talks like a redneck” and rolls her eyes at the mere mention of a black Little Mermaid. Unlike you soft liberals, Meghan’s not here to make friends, as evidenced by this shameless Tweet where Meghan desperately tries to make friends with the super-liberal Chrissy Teigen.

Since when is there something wrong with being a filthy mouthed wife? 😜 #teamchrissy

Like her father, what’s his face, Meghan’s all maverick. And if there’s one thing badass mavericks who shoot from the hip are known for, it’s abiding by years of institutionalized political decorum whilst traveling abroad. They can’t get enough of it.

“If I ever leave the country, you will never hear me criticize — America’s perfect and nothing bad ever happened,” said co-host Meghan McCain. “That’s just how I was raised.”

For context, that was Meghan’s opening salvo in a panel discussion on the Dixie Chicks making a comeback after 16 years of being banned by country stations for criticizing the Iraq War and George W. Bush while performing in London in 2003. We’re talking country music DJs literally rented steamrollers and crushed Dixie Chicks albums on the air. Think of it as the inbred cousin to Trumpers lighting their Nikes on fire.

But because America has gone even more Nazi in the time since 9/11, country fans are still pissed and flying off the handle that the Dixie Chicks are singing so innocuously in the background of a Taylor Swift song that you’d barely even know it was them.

“It’s a song about her own mother struggling with cancer,” Chase explains. “We played the song and also posted it on our Facebook page. One woman [commented by saying] her grandmother had died ten minutes prior to us playing it. And right after that, some guy goes, ‘I guess it would be better if Taylor wasn’t ramming her politics down my throat.’ We thought, ‘wow: what a study in extremes.’”

Naturally, there were similar responses all across social media because Facebook is a racist potato salad that’s flavorlessly choking the color out of America. When the controversy made its way to The View, the panel was still split along predictable lines of who thought the Dixie Chicks had every right to say what they said (Whoopi, Joy, Sunny) and who thought they were out of line (Meghan, Abby).

“I love the Dixie Chicks, though, and I think it’s time to move on because that was over 10 years ago, if not, longer,” McCain said. “They’re beautiful artists, and I think art is political. I don’t agree with what they did but I think they’ve more than atoned at this point.”

So what conservative, free-speech-advocate Meghan is saying is that there is a correct way to talk about politics, and it was okay to make the Dixie Chicks pay a 16-year penalty for a lack of said correctness in a political context. Interesting, interesting. Excuse me while I scream at the sun.

On a more deliciously petty note, did your brain do a double-take when Meghan McCain surprisingly said, “art is political”? That was her tossing Abby Huntsman right under the bus because just moments earlier Abby had said she hates it when musicians get political. She just wants to listen to some good tunes, y’all!

You can watch it in the clip below:

As for why Meghan would stiff-arm her alleged best friend in the face, again, let’s take a quick hop back to Monday where the panel tackled the nothingburger issue of Kamala Harris laughing at a guy who called Trump “retarded” at a recent town hall, which Harris apologized for. During the discussion, Abby mentioned the famous moment when John McCain shut down a woman at his rally who called Barack Obama an Arab. What’s amazing (to my evil ass) is Abby looked to Meghan for what she thought would be a reassuring nod of honoring the McCain legacy.

Instead, Abby was greeted with this look and nothing but this look: 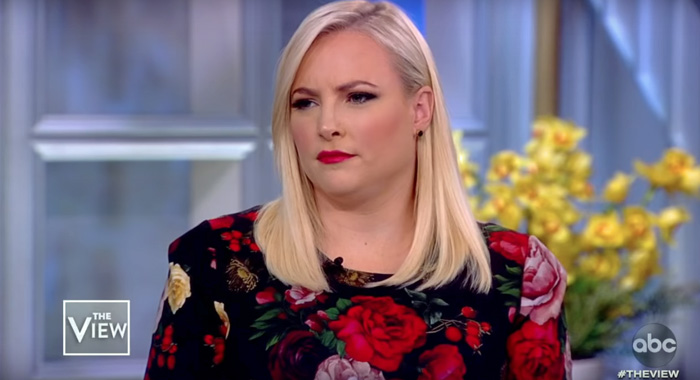 “No one MY FATHERs at this table but me. NOBODY!” — That face

Long story short, someone bided their time for a whole three days, but more importantly, the entire Dixie Chicks controversy was stupid and part of a long list of moronic steps America took to become a hillbilly gulag that makes children drink out of toilets in concentration camps. And I’ll say that on any continent. Send me to the moon, and I’ll yell that shit at a Martian. 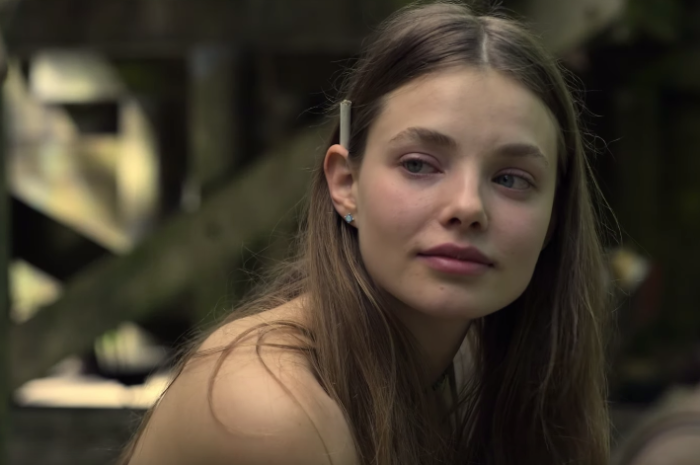