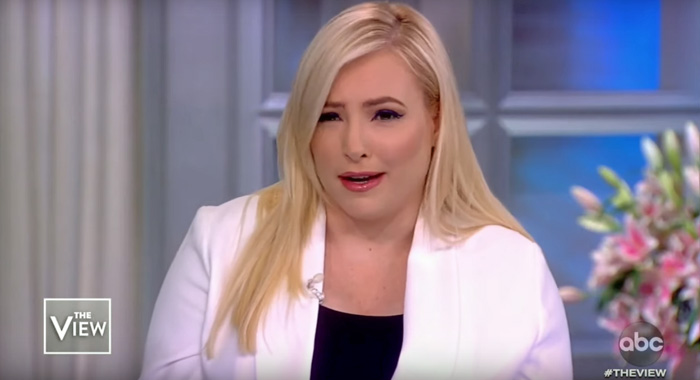 Let’s not mince words here. Chris Matthews should’ve been gracefully ushered off of the air years ago, but instead MSNBC kept him around so he can say absolutely butt-ass stupid things about Bernie Sanders and get chopped in half by Elizabeth Warren after refusing to believe allegations against Mike Bloomberg. In return for continuing to let a dinosaur dictate political discourse, MSNBC got to watch Matthews face new accusations of inappropriate conduct, which would explain why he balked at the thought of believing women. If people start doing that then… oh no.

Via Laura Bassett at GQ:

Some of Matthews’s behavior has already been well-documented. Like Bloomberg, who frequently remarked “nice tits” and “I’d do her” at the office, Matthews has a pattern of making comments about women’s appearances in demeaning ways. The number of on-air incidents is long, exhausting, and creepy, including commenting to Erin Burnett, for example, “You’re a knockout…it’s all right getting bad news from you,” while telling her to move closer to the camera. Behind the scenes, one of Matthews’s former producers told The Daily Caller in 2017 that he allegedly rated his female guests on a numerical scale and would name a “hottest of the week,” like a “teenage boy.” In 1999, an assistant producer accused Matthews of sexual harassment, which CNBC, the show’s network at the time, investigated. They concluded that the comments were “inappropriate,” and Matthews received a “stern reprimand,” according to an MSNBC spokesperson.

Whoops. Those were the old accusations that MSNBC ignored. Here’s the new one from Basset herself:

In 2017, I wrote a personal essay about a much older, married cable-news host who inappropriately flirted with me in the makeup room a few times before we went live on his show, making me noticeably uncomfortable on air. I was afraid to name him at the time for fear of retaliation from the network; I’m not anymore. It was Chris Matthews. In 2016, right before I had to go on his show and talk about sexual-assault allegations against Donald Trump, Matthews looked over at me in the makeup chair next to him and said, “Why haven’t I fallen in love with you yet?”

When I laughed nervously and said nothing, he followed up to the makeup artist. “Keep putting makeup on her, I’ll fall in love with her.”

Another time, he stood between me and the mirror and complimented the red dress I was wearing for the segment. “You going out tonight?” he asked.

I said I didn’t know, and he said—again to the makeup artist—“Make sure you wipe this off her face after the show. We don’t make her up so some guy at a bar can look at her like this.”

This time around, Matthews abruptly walked out of what would’ve been his final report on Monday evening amidst a cloud of confusion over whether or not he was fired or resigned from the network. I’m sure we’ll find out eventually. In the meantime, Matthews’ exit is a net good unless, of course, you ask Meghan McCain. And, goddamn, it feels good to disagree with her again. It got really weird there for a while, didn’t it? I was scared, too.

Anyway, in another moment of Peak MY FATHER™ Used to Be Old And Therefore I Must Defend All Old White Men, Meghan felt sad that Matthews had to leave his job because who else is going to give her tepid political analysis through a bland, milquetoast filter? Chuck Todd? — Actually, that’s his whole bag. What’s the issue again?

“He’s, like, 75. He’s a lion of cable news,” McCain said, explaining that she “grew up watching him” and that his show was still one of the only things she would watch on MSNBC. “I love him,” she continued. “And to reduce his entire career to this segment yesterday made me really sad, because I thought he deserved a better send-off than that.”

“That doesn’t mean his behavior should be absolved or he should not apologize,” McCain said, “but there’s a lot of people at NBC that have done a lot of crap.” She pointed to the higher-ups at the network like NBC News Chairman Andrew Lack who allegedly helped kill Ronan Farrow’s Harvey Weinstein story and protected Matt Lauer from sexual-misconduct allegations.

However, things immediately got heated when Joy Behar wondered aloud if the perverts at NBC are as bad as the perverts at Fox News, which is kind of a strange question because f**k the whole lot of them. Regardless, it set Meghan right off.

“Mark Halperin put his, allegedly, erect penis on a woman’s shoulder, and he was fired,” McCain said, as the audience reacted in disgust. “Yeah, look it up.”

“Talking about Brian Williams, who had stolen valor, and lied about having service in Iraq,” she added. “True story, and he worked at NBC. A lot of people at NBC who have done a lot of bad, dirty things, and we’ve talked about it on the show a lot.”

In Meghan’s defense, because I’m already back on my bullshit, the accusations against Matt Lauer and Halperin are some heinous shit, but they also don’t absolve Roger Ailes using Fox News as his harem. More importantly, why does Meghan instinctively feel the need to jump on every grenade lobbed at her old workplace? For someone who likes to rail against Bernie Bros, not being able to accept criticism is a very Bernie Bro thing to do.

Here’s the clip if you want to watch Meghan’s meltdown followed by Whoopi Goldberg defending Chris Matthews because he’s old and from a different time, so maybe keep scrolling to the comments? I honestly don’t why I even embed these things.