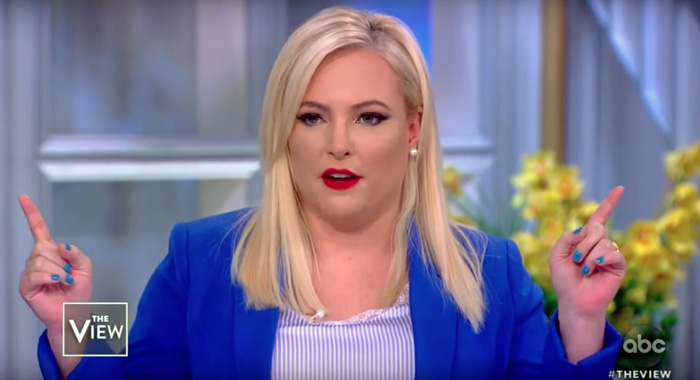 “So then we did Jeller shots and went ‘pew pew pew’ down by the crick.”

I know I often refer to myself as a Psychic Jesus — because it’s true — but it really didn’t require supernatural brain smarts to predict that Meghan McCain would barrel onto The View this morning and start stanning for Tulsi Gabbard. All you had to do was look at her Twitter account during the second Democratic debates.

Tulsi isn't pandering to the audience in the room and is coming off extremely measured. #DemDebate2 https://t.co/ZqARKqKuPS

Yes Tulsi! Call her out! #DemDebate2

Tulsi brought a rocket-launcher to what Harris thought was a knife fight.

In fairness, Gabbard absolutely fired a shot that Kamala Harris should’ve been prepared for regardless of who it came from. Sure, Gabbard is an extremely fringe candidate who barely made it onto the stage, but somebody was eventually going to come for Harris’ record as a prosecutor. That said, there are questions about the validity of Gabbard’s accusations, but that didn’t stop The Federalist from declaring “Tulsi Gabbard Wrecks Kamala Harris Over Abusive Prosecutorial Record.” And who owns The Federalist? Why it’s Meghan’s husband, who’s also conveniently selling “Kamala Is A Cop” T-shirts because getting rabid online leftists to devour the Democratic Party is great for Republican business.

On that note, here’s Meghan swatting away accusations that Gabbard is a Putin stooge while #KamalaHarrisDestroyed continues to trend on Twitter, which I’m sure is as organic as whatever tuber Gwyneth Paltrow recommends cramming up your orifices these days.

“There is a lot of writings in Russia Today and Russian traffic around Tulsi,” Navarro stated, referencing the notorious Russian propaganda media arm. “There is something going on. I suspect it’s not knowingly by her because I think she’s a decent human being who served this country, but I’m paranoid.”

McCain seemingly took this to mean that any Republican who found Gabbard intriguing was being influenced by Russia, bringing up the fact that her family is sanctioned from traveling to Russia while explaining why she liked Gabbard.

“Nobody is saying you,” Navarro shot back. “I’m talking about other people. Just because I’m making a reference, doesn’t mean it’s a reference to you.”

“I’m not supporting her,” McCain asserted. “I’m just saying she’s interesting, and the idea because she got a big hit on Kamala and now she’s a ‘Russian stooge’—”

Oh sweet summer Ana, don’t you know? Everything is about Meghan. Everything. But on a serious note, naturally, Navarro is right. NBC News reported back in February (Read: Not after the hit on Kamala) that Russian bots are definitely in the Tulsi Gabbard business, and cyber-security experts like Clint Watts back up Navarro’s claim.

And what’s top story at RT (Russia Today) this morning after #DemDebate? Of course, what everyone saw right? social media going wild for Tulsi Gabbard, populist, after she went after establishment Dem Harris who happens to be on Senate Intel Committee (Russia Investigation) pic.twitter.com/siWkivnw4v

Here’s the thing: Gabbard being propped up by Russia (along with her other problems) doesn’t mean she didn’t land a solid blow on Kamala. The two aren’t mutually exclusive. Anyone could’ve exploited Kamala’s Achilles heel, Gabbard just happened to get there first. So for the futile sake of nuance, I just want to make it clear that my criticism of Gabbard is entirely independent of her landing a jab last night.

That said, the biggest red flag right now is that Meghan McCain is absolutely giddy over Gabbard, and that doesn’t require being a Russian stooge, which Meghan isn’t important enough to be. Her motivations are as clear as f*cking day: She wants the Democrats to lose in 2020 so she can not only say “I told you so,” but also experience the benefits of being a rich, white, late senator’s daughter in a Republican-controlled America. It doesn’t get more simple than that. If there’s a way to stir the pot so the Democrats go all “Gangs of New York” on each other — God, she loves that stupid joke — Meghan is all for it.

Of course, stirring the pot doesn’t work unless there are willing participants, and that brings us to the Extremely Online Left who are ready as hell to repeat 2016, because they sure as shit aren’t about to grapple with the fact that some of their ranks were manipulated by Russia. In fact, they’re quite adamant that Russia did absolutely nothing wrong, and anyone claiming otherwise is a “Russophobe” trying to restart the Cold War. And can I just say that’s probably the stupidest, nails on a chalkboard term I’ve ever heard in my life. No one is out here treating Russian people with anything close to Islamophobia, at all, because that’s what f*cking Republicans do. The through-line has always been that the Russian government is actively hacking our elections, so maybe we should do something to thwart those efforts. I’m also extremely puzzled at the readiness to defend a white, blatantly authoritarian superpower that straight-up murders journalists and dissidents, but Hillary Clinton gave a couple Wall Street speeches, so I can see how that’s worse. (I don’t. Get f*cked.)

As for why a homophobic and pro-Assad candidate like Gabbard is a rising star with The Intercept crowd, she was very quick to swallow the White House’s attempt to discredit the Mueller Report and act like Rachel Maddow made up RussiaGate out of thin air.

Mueller reported Trump did not collude with Russia to influence our elections. Now we must put aside partisan interests, move forward, and work to unite our country to deal with the serious challenges we face. pic.twitter.com/xTkHkyrAxp

The reason I’m wasting so many words on a candidate who’s polling at 1% is because Donald Trump won the electoral college by a razor-thin margin. A margin that could easily be triggered again if Tulsi Gabbard becomes the Jill Stein of 2020 because smarmy, contrarian assholes don’t think child concentration camps on U.S. soil is a flaming sign that maybe we shouldn’t let the Republicans win to teach the Democrats some sort of lesson. There are goddamn kids drinking toilet water and dying in cages, but go off about anti-interventionism, queen. Meghan McCain is loving it. 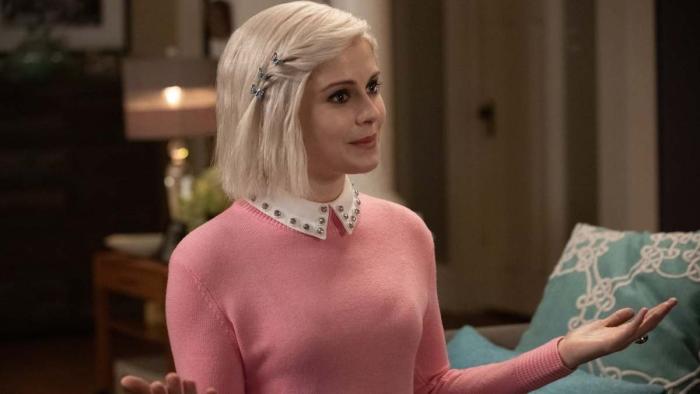 Time To Put This Zombie To Rest