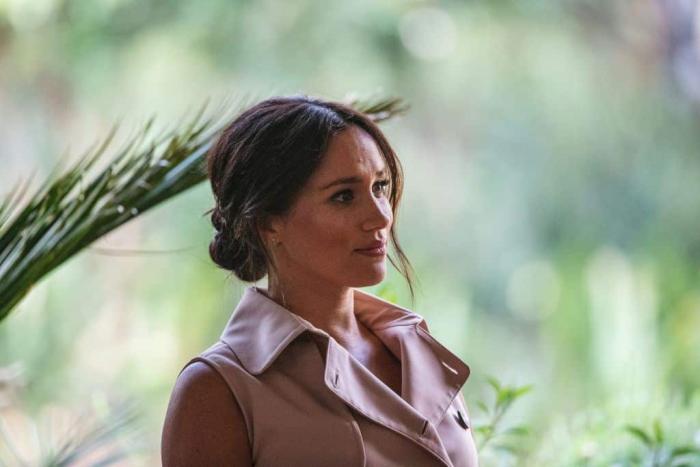 Meghan Markle Writes About Her Miscarriage For The New York Times

This week, Meghan Markle, the Duchess of Sussex, wrote an op-ed for The New York Times wherein she candidly discussed her recent miscarriage and the importance of opening up emotionally. In the piece, she talked about the ‘new normal where faces are concealed by masks’ and how now, more than ever, it matters to simply ask someone if they are OK.

Meghan revealed that she had suffered a miscarriage in July, saying:

‘I felt a sharp cramp. I dropped to the floor with him [Archie] in my arms, humming a lullaby to keep us both calm, the cheerful tune a stark contrast to my sense that something was not right.

I knew, as I clutched my firstborn child, that I was losing my second.

Hours later, I lay in a hospital bed, holding my husband’s hand. I felt the clamminess of his palm and kissed his knuckles, wet from both our tears. Staring at the cold white walls, my eyes glazed over. I tried to imagine how we’d heal.’

Meghan also noted how common miscarriage is among families and how little-discussed the taboo issue remains:

‘Losing a child means carrying an almost unbearable grief, experienced by many but talked about by few. In the pain of our loss, my husband and I discovered that in a room of 100 women, 10 to 20 of them will have suffered from miscarriage. Yet despite the staggering commonality of this pain, the conversation remains taboo, riddled with (unwarranted) shame, and perpetuating a cycle of solitary mourning.

Some have bravely shared their stories; they have opened the door, knowing that when one person speaks truth, it gives license for all of us to do the same. We have learned that when people ask how any of us are doing, and when they really listen to the answer, with an open heart and mind, the load of grief often becomes lighter — for all of us. In being invited to share our pain, together we take the first steps toward healing.’

The piece discusses not only the ‘unbearable grief’ of miscarriage but the lack of emotional openness that has become commonplace in a year where ‘we are polarized over whether the fact is, in fact, a fact’ and ‘loss and pain have plagued every one of us in 2020, in moments both fraught and debilitating.’ Mentioning a 2019 interview Meghan gave wherein she was asked by a journalist if she was OK during a clearly difficult time, Meghan notes that ‘I realized that the only way to begin to heal is to first ask, “Are you OK?”’

It is estimated that one in four pregnancies end in a miscarriage. The majority of miscarriages happen within the first 12 weeks.

According to the BBC, a spokesperson for Buckingham Palace, when asked for comment, said, ‘It’s a deeply personal matter we would not comment on.’

← Dax Shepard Handled Getting Roasted By Hasan Minhaj Well | Reddit Asks the Question: 'What Other Food Argument Is As Heated As Pineapple Vs. Pizza?' →