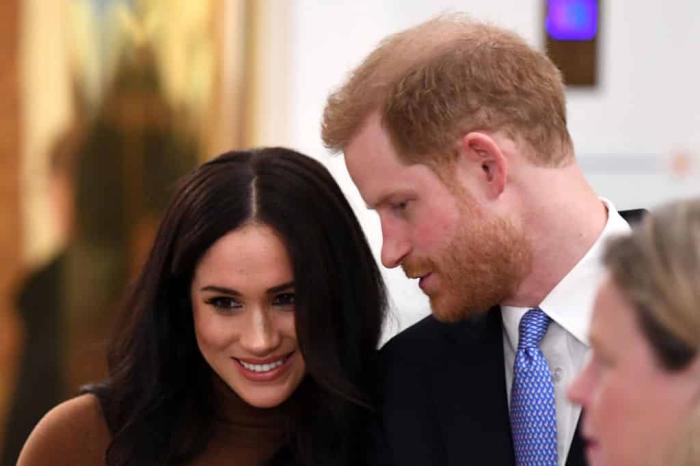 With Meghan and Harry now California-based and free to earn an independent living as full-time philanthropists outside of the Royal Family, they are ready to cut some big deals. Much has been made about the potential money-making power of Team Sussex, with couples like George and Amal Clooney, Bill and Hillary Clinton, and Barack and Michelle Obama standing as obvious inspirations for what they can do. There are six-figure checks to pick up for speeches, endless big-name collaborations on the horizon, and the kind of headline-grabbing endeavors that one can only do when you’re not constantly attached to the House of Windsor. One such deal has just been announced, and it’s one many of us were predicting for the pair.

The pair have established their own as-yet-unnamed production company and they have already signed a multiyear deal with Netflix to exclusively provide them with content. As noted by The New York Times, they will be paid (presumably a f**kton) to ‘make documentaries, docu-series, feature films, scripted shows and children’s programming.’

Prince Harry and Duchess Meghan have signed a landmark deal with @Netflix to produce documentaries, docu-series, feature films, scripted shows and children’s programming. "Our focus will be on creating content that informs but also gives hope,” the Sussexes say in a statement. pic.twitter.com/nWYCmWKwJM

In a statement, the couple said:

‘Our focus will be on creating content that informs but also gives hope. As new parents, making inspirational family programming is also important to us. [Netflix’s] unprecedented reach will help us share impactful content that unlocks action.’

Netflix has defined itself with these sorts of mega-watt A-List deals, especially as the streaming wars heat up. Their partnership with Higher Ground, the production company of the Obamas, has yielded some top results, including an Oscar for the documentary American Factory. While we can’t say for sure what the Sussexes will produce for the platform, it seems likely that they will cover similar ground in terms of social and political topics. They may not get as full-on political as Barack and Michelle for obvious reasons, but they are both vocal supporters of a number of causes, from mental health to women’s rights to animal conservation, that would fit well with the kind of content Netflix creates.

In my opinion, this is a smart move. It’s a great way to use their profile, it’ll obviously be lucrative, and it’ll definitely be more impactful than the sorts of ribbon cuttings and bland platitudes of support that they were limited to as senior royals. Frankly, this seems like an ideal gig to me. Who wouldn’t want the opportunity to get involved with this sort of storytelling?

The usual grumbles have started over the pair ‘cashing in’ or being ‘fame-hungry’ and all that jazz. Oh, they’re courting publicity? Well, yeah? That’s what royals do? They’re not part of the inner circle anymore but they’re still working with charities and the like, and it’s just good business? Come on, the two of them are hardly going to disappear into that good night (and even if they did, the same gaggles would still complain about it.) If you want to get your message out there, you have to go where the audiences are, which is something the Royals haven’t always been able to comprehend.

The Sussexes have gotten flack from Day One for being too much like celebrities, a criticism that overlooks that this is essentially the main agenda of royals in the 21st century. Gone are the days when you could go decades without giving an interview, and an increasingly cynical public isn’t as impressed by handshaking and plaque unveiling anymore. Meghan’s a savvy former TV star and blogger who always utilized her own minor brand of B-List fame to a strong payoff, and she translated that well to Duchess life. Of course, when you’re part of an archaic institution that is simply untenable in the modern-day, that’ll draw some anger from the courtiers and old-school figures who want to stick to the status quo. Trust me, the Windsors are on the way out. Prince George ain’t gonna inherit that crown, but the impact of the new Sussex era of celebrity philanthropy will live on.