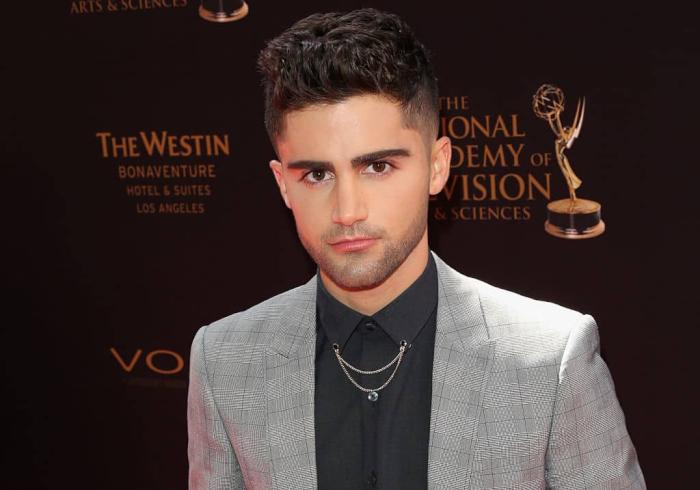 Ever since splitting from her creepy fiancé, Demi Lovato has had to put up with a lot of public nonsense from Max Ehrich. He seems determined to chase the dwindling dregs of fame that his association with the singer brought him, and typically in a way that seems emotionally manipulative or just plain gross.

Well, now he’s sinking to EVEN LOWER depths as he was photographed crying on the beach in Malibu where he reportedly proposed to Lovato. If you were wondering who would take the bait on this obviously manufactured cry for attention, of course it was TMZ. Why wouldn’t they jump at the chance to milk this dead cow into oblivion?

Demi Lovato's Ex Max Ehrich Sulks at Beach Where He Proposed to Her https://t.co/rgaxQVJQm3

Max Ehrich really called paparazzi to follow him to the beach where he proposed to Demi just so he can fake cry 😭 pic.twitter.com/18JWCdSife

It would almost be funny if it weren’t so unsettling. Ehrich seems to have taken a page from the playbook of Spencer and Heidi Pratt during the dwindling years of The Hills. It’s the same level of borderline-camp performativity solely for the dregs of the gossip press that only works because it’s clear that everyone involved is a total chancer. It’s like a drag lip-sync of celebrity tabloid culture, a photocopy of a photocopy of the real thing. This is the work of a desperate man.

It’s also the work of a man who wants to publicly embarrass his much more famous ex. Lovato is no stranger to press furor or drama, but there’s something so insidious about the way that Ehrich is trying to provoke her into responding. His social media behavior is borderline stalker-esque and he’s still putting on these displays of faux-emotion to position himself as a crushed victim of some strange conspiracy or act of cruelty on Lovato’s part.

max ehrich went live and fake cried over his breakup with demi lovato. since his break up he’s been publicly manipulative and erratic. this is exactly how men gaslight you into thinking you’re responsible for his mistakes. it really happens to all women… pic.twitter.com/pp8KGhBVwy

One fan put together this seriously detailed thread on Ehrich’s reportedly odd and creepy behavior.

We’re light on hardcore celeb gossip right now. Few people are doing paparazzi walks — even Ben Affleck and Ana de Armas took a break — and we’re still a long way off from red carpets, press junkets, and the like. So, I can see how cesspools like TMZ would be happy to fill in some gaps in their content cycle with this nonsense (also, it’s not as if they need any excuses to be sexist as all hell.) Still, there’s something so unnerving about this mess. Ehrich’s strategy feels like a mixture of a pre-social media era PR push and the kind of ceaseless barrage of content that can only happen in the age of Instagram. This is a guy who is trying to spin lurid conspiracies about Lovato’s personal safety, all while invoking Jeffrey f**king Epstein?! He’s putting on an utterly incomprehensible one-man show of attention-grabbing cringe and it’s pure gold for the lower-level tabloids. None of them seem keen to mention how his actions are also those of an emotionally abusive jackass who is being aided in his crusade to humiliate and mentally puncture the wellbeing of his ex-girlfriend, a woman who has talked openly about her own mental health struggles.