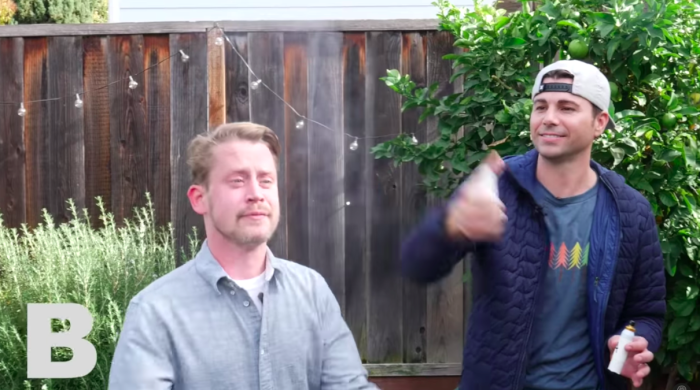 Last winter, former NASA engineer turned Youtuber Mark Rober astounded online audiences with his video “Package Thief vs. Glitter Bomb Trap.” As you might guess from the title, it featured hidden cameras recording people who’d stolen packages from front porches and then got glitter-bombed by a device built by Rober. It was pretty great.

This Christmas, Rober is back with “Porch Pirate vs. Glitter Bomb Trap 2.0,” and he’s got a celebrity guest in Home Alone’s Macaulay Culkin. Plus, the glitter bomb has some serious upgrades.

It’s got wide-lens cameras, twice as many fart sprays with a new and truly odious scent (which is Culkin tested and approved), biodegradable glitter (because why prank the planet?), and solid sound effects. With all this and 11 months of engineering, “karmic justice has never looked so beautiful.”