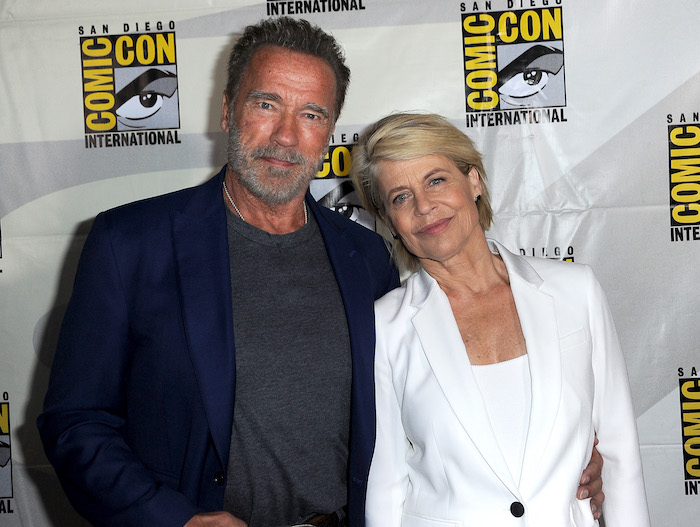 Linda Hamilton is doing her, friends, and honestly? Good for her!

She recently revealed to The New York Times that she’s not had a sexual relationship for at least 15 years, and it doesn’t bother her in the slightest.

I’m sure this was said in the context of a larger, nuanced conversation, but People.com pulled that little quote and wrote a post about it, and now I’m relaying it to you. Who knew that one day, we’d have Inception-level layers of public information on Linda Hamilton’s private life? What a journey!

Hamilton, who divorced her Terminator director James Cameron in 1999, also shared that she’s been celibate for close to two decades

“I’ve been celibate for at least 15 years,” she told the outlet. “One loses track because it just doesn’t matter — or at least it doesn’t matter to me. I have a very romantic relationship with my world every day and the people who are in it.”

If you’re wondering what Hamilton has been filling her time with, if not the unending agony of personal relationships (can you tell Tinder has got me down?) well, don’t worry, People has you covered!

Hidden away in a “colorful New Orleans townhouse” with her two dogs Turk and Noodle, Hamilton explained she has not been up to much since leaving Hollywood after her recurring TV role on Chuck in 2012.

“I woke up one day and I was like, ‘Well, here I am in my beautiful mansion and my kids aren’t here, my agents aren’t calling, and this is not real,’” she told the NYT.

“I love my alone time like no one you’ve ever met,” she added.

Linda? May I call you that? We are two peas in the same solitary pod, friend. Alone time is the f*cking best.

If you wonder why Linda is back in the news all of a sudden (even though she’s in our hearts, always) it’s because she is on the promotional circuit for the new Terminator movie—which is supposed to be a sequel to T2: Judgement Day, and not that movie with Emilia Clarke, which wasn’t as bad as you’re probably thinking, but still not as good as you would hope.

Well, there’s your celebrity celibate update. I’m sure someone will try to link Linda Hamilton and Bradley Cooper as dating sooner than later, and let’s be honest, I’m probably the person to do it. Until then, friends.

← Thirty Seconds To Mars Is Gearing Up For Another Getaway With Their 'Cult' | Sorry Jennifer Garner, Angelina Jolie and Bradley Cooper Might Be Dating →