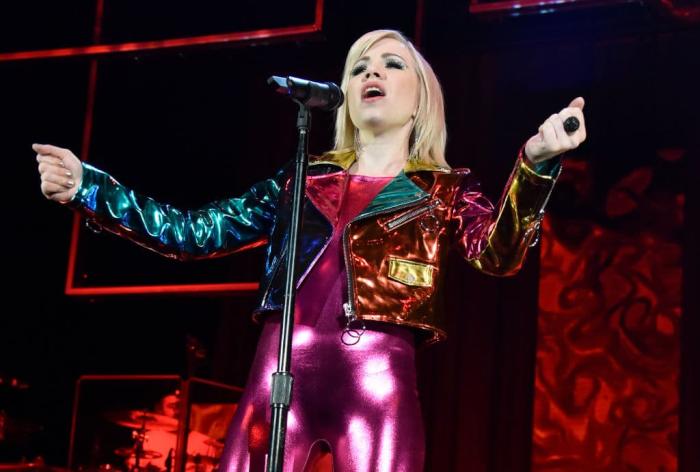 A great Summer song is supposed to leave you glowing, the ultimate mood lifter during the light nights and carefree days, Of course, we’re all currently way too depressed to indulge in endless escapism, so it probably shouldn’t surprise any of us that so many of the Song of the Summer contenders are kind of bleak. In fairness, ‘dancing while the world burns’ is one of the great genres of music, although a lot of the biggest hits this Summer aren’t exactly bops. They’re moody and encourage you to languish in your emotions. Some exceptions exist, but by and large, the songs dominating the season aren’t all that uplifting. Yes, I know Taylor Swift released two big songs this Summer but they’re not charting as expected and honestly, do we need them?

Lil Nas X has dominated 2019 in a big way. His country rap song was actually released in December 2018 but exploded in popularity thanks to TikTok. When ‘Old Town Road’ reached number 19 on the Billboard Hot Country Songs chart, it was quickly removed amid claims it wasn’t really a country song. The ensuing debate seemed to take over every music genre, but then good old Billy Ray Cyrus offered his help and the remix of ‘Old Town Road’ has now been at the top of the Billboard Hot 100 for fourteen weeks. 14 weeks! Say what you want about ‘Old Town Road’ but it has one hell of a hook and I for one welcome Lil Nas X as our new cultural overlord. At least for this Summer.

Cuz I Love You - Lizzo

Lizzo broke out in a big way this year with endlessly joyful songs that made her both endlessly appealing and a musical force to be reckoned with. The whole album could go on this list but I’ve gone with the title track for its fabulous bombast. It’s a potent blend of retro and modern that carries you away with such force. Every Summer needs at least one great heartbreak song you can wail along to like you’re on the Broadway stage and Lizzo delivers.

Too Much - Carly Rae Jepsen

In a fair and just world, every Summer would be a Carly Rae Jepsen Summer. She is a craftswoman of endless bops that are tailor-made for long hot nights for dances fast and slow. As is dishearteningly always the case with Queen CRJ, her newest album, Dedicated, isn’t getting anywhere near the attention it deserves. It’s lush chill disco styling is pure musical bliss, and ‘Too Much’ is the perfect representation of the entire album.

Hey, are you also a person over the age of 25 who’s heard of this Billie Eilish phenomenon and been wildly confused by it? Come join me in my treehouse of old! Billie Eilish Pirate Baird O’Connell is a 17 year old musician working in collaboration with her brother, and their moody minimalism, songs that both embody all the genres while rejecting every label, has proven immensely popular with the dang kids these days. I wouldn’t necessarily say ‘Bad Guy’, which is currently number two on Billboard behind ‘Old Town Road’, is a very Summer-y song. Really, it’s kind of a bummer, but it’s fascinating in its giddy youthful petulance, and with an earworm beat that sounds like it came straight from a bonus round of an old forgotten arcade game. Every generation gets their moody wunderkind, but Billie Eilish is the one laughing at the entire endeavour. Duh.

Someone You Loved - Lewis Capaldi

Lewis Capaldi is a Scottish singer-songwriter who broke out in the UK last year with a BRIT Award nomination and plenty of radio-play. Given the mood of the cultural nation and how much we all just want to sit around and cry, it shouldn’t surprise anyone that his biggest song, ‘Someone you Loved’, has made its way onto the Billboard Hot 100. It’s a big old weepie, although for us Brits, half the fun with Capaldi comes in the contrast between his music and his persona. Noel Gallagher hates him, so he got his hair cut like an Oasis member and wore a Noel t-shirt at Glastonbury. We celebrate pure dead brilliant Scottish lads. And yes, he’s related to Peter and yes, that is him in the video.

Camila Cabello, formerly of Fifth Harmony, had a major Song of the Summer hit with ‘Havana’ and is trying to recreate that magic with ‘Senorita’, a duet with Shawn Mendes that’s being accompanied by some totally real and spontaneous romance rumours that remind me of the raw sexual chemistry between Kaley Cuoco and Henry Cavill. But if you want a real melancholic banger for the season, you have to call in Mark Ronson. It’s no ‘Uptown Funk’, but then again, what is?

I needed at least one rock song in here, and Petr put in a good word for Germany’s finest hard rockers, Rammstein. Their untitled seventh album was released in May, with the opening song ‘Deutschland’ providing exactly what you need from a Rammstein number. Even for this philistine, it’s an absolute banger, and the video is suitably baroque and designed to piss off racists, so what’s not to love?

Power is Power - Sza, The Weeknd and Travis Scott

Yes, this is a Game of Thrones companion song. This is a thing that actually exists. Spoiler warning: It’s pretty damn good! Well, at least this song is, I can’t judge the rest of the album. Do you need mood? The Weeknd is here for you. He, SZA and Travis Scott make for a formidable trio. The show may not have ended great but this song offers a salve to that pain.

As for me, my songs of the Summer remain the same: Lots of Madonna, lots of Daft Punk, and all the early 2000s Ibiza club hits I didn’t appreciate enough the first time around. Make sure to share your songs for the Summer in the comments. Maybe your choices are less of a bummer than mine!

← The Future New Home of 'Friends' and 'Game of Thrones' Has a Name and A Ton of Great Content | Review: There's No Show On Television Quite Like 'Perpetual Grace, LTD' →