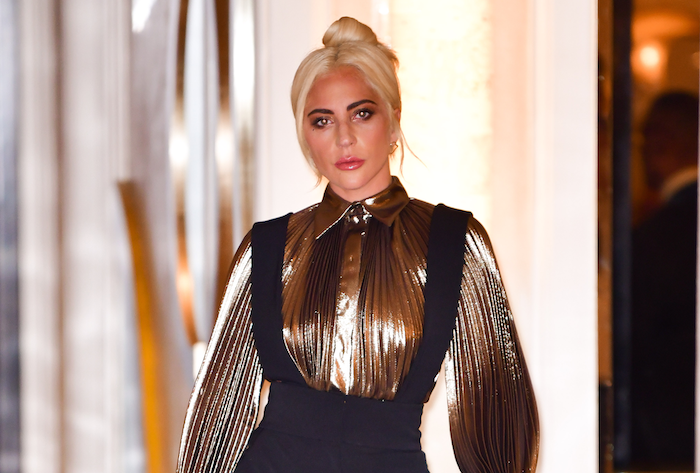 Friends, as it turns out, this has been the summer of sort-of wondering who Bradley Cooper has been dating. Now, some of you are kind of sick of hearing about it, but look, I don’t make the rules, if I did, Fresca would be available at every restaurant I frequent because that is a delicious underrated beverage.

So, I have some bad news if you were a true B.Coop/Lady Gaga shipper (do the kids still call it that?!) You’re either going to have to give up the ghost on this one, or start to really dig in to your conspiracy network because it appears she has a boyfriend now, and his name is not Bradley Cooper…yet. Hold that thought.

Look, this is not coming from one of those dodgy sources I like to reference from time to time, which is the celeb news equivalent of buying sushi at 7-11. No, this bit of intel is coming from the grocery store sushi equivalent of gossip sources, friends. Yes. It’s coming from People.com, and they come bearing receipts, as the kids say:

You can see another picture, here:

Well, People seems to think that it’s not Bradley in a mask (they didn’t overtly say it, but I could tell what was in their hearts) and that this guy’s name is Dan Horton. Per the article:

Horton, who is Nashville-based, was previously married to actress Autumn Guzzardi, who is currently starring in the off-Broadway musical Rock of Ages. The two tied the knot in 2013, and Guzzardi’s most recent Instagram post of the two is from 2016.

Now, if you’re here, you’re probably wondering what this all means, and does it pertain to the mole people?

Friends, look. As part of writing here at Pajiba, I think it’s important to use this platform responsibly. Part of that responsibility entails raising awareness on the inevitable take over by the mole people, the subterranean creatures who look to our above ground world and plot their takeover. I don’t do it to alarm you, but to prepare you.

…But here’s the thing, you can’t spend your life worried about when (and make no mistake, it is when) they will finally come topside to claim their rightful kingdom—you have to live life, now.

I believe that is what Lady Gaga is doing. She’s seizing the day because nothing in guaranteed in a post-mole people world, so why not make hay while the sun shines?

Although we are leaving out a very important part of the equation, here—Lady Gaga loves her fans and wants to make them happy. So I don’t think it’s out of the realm of possibilities that if the fans truly want a B.Coop/Gaga relationship, and if things go well with Dan Horton, that she won’t try to have it both ways by insisting that he change his name to “Bradley Cooper.” This would give her fans what they want while also maintaining the relationship with the person formerly known as Dan Horton. I call that a win/win. After all, the people who ship Cooper and Gaga aren’t being specific enough in their request, are they? Surely any Bradley Cooper would do in this instance?!

In the end, I think we could all take a page from her book, and not date that Bradley Cooper right now. He’s probably on the rebound since he broke up with his long-time girlfriend, so it might be for the best.

Anyway, this has been your Lady Gaga, Bradley Cooper, “Bradley Cooper” dating-update. Until tomorrow, friends!