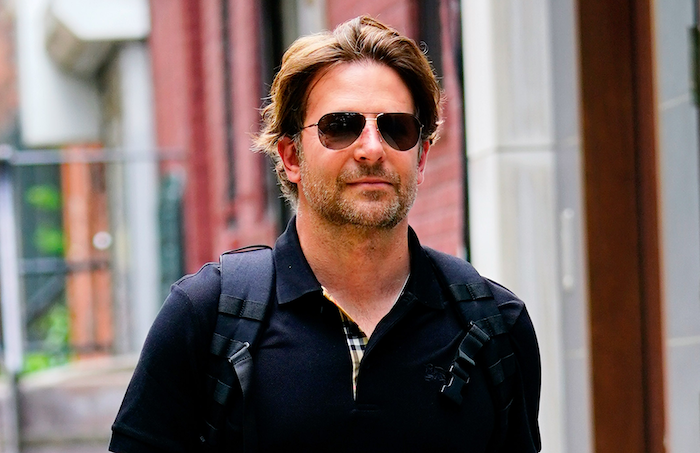 Lady Gaga and Laura Dern Who? Bradley Cooper Is Seen Out With Anna Wintour

I think Bradley Cooper is just messing with us now, and honestly? I like him more for it. He’s trying so hard that it’s moving beyond the “eye-rolling, really?!?” phase and into the “wow, you’re so committed, I’m kind of impressed” phase when it comes to being seen out and about with famous women.

Yes, friends, the newest development in “Who in the World is Bradley Cooper Dating?” (side note: I very much hope you just sang that to the tune of Rockapella’s classic “Where in the World is Carmen Sandiego?”) is upon us, and it’s very out of the box, shall we say. If you’re thinking it’s Lady Gaga or Laura Dern, you’d be wrong. Also, you probably didn’t read the headline for this post.

bradley cooper and anna wintour are (allegedly!) dating and I am honestly floored pic.twitter.com/2bShaptDPd

Yes, Coops and Anna Wintour were seen out and about, and some people are assuming they’re dating.

OK, first off: Go, Anna Wintour! My only knowledge of her personal life is from the 2006 classic The Devil Wears Prada and that deleted scene that made the rounds a few years ago.

A quick Google search tells me she’s still married to a guy named Shelby Bryan, but when has that stopped rampant speculation on anyone’s part?!

So, the next obvious question one would ask about Bradley Cooper and Anna Wintour canoodling (whatever that means…) would be: What did they talk about? I mean, it’s even the headline on The Cut, so you know at least one other person wondered the same thing.

Now, this is usually the point where I start telling you about ancient prophecies, the war of the different warlock factions, mole people rising to the above-ground, or where we currently stand with alchemy, but not today.

No, because I’m fairly certain they both practiced a silent meditation for the entire meal. It’s the only logical conclusion. Thus, they talked about nothing.

Why do I think this?

Well, isn’t it obvious? We’re currently in Mercury Retrograde, which means that this is the time for miscommunication and misunderstandings. It only goes to reason that if you’re hanging out with Anna Wintour, who can put you on the cover of Vogue or not, your best bet is to stay silent during this time. I don’t need to tell you that at one point, I myself had a shot at a Vogue cover, but with one misplaced pun, it was all over. B. Coop is clearly not taking any chances here.

Finally, I’m sure some of you are wondering why I have a fascination with Bradley Cooper and the ladies he’s seen out and about with. I mean, the answer should be clear, but I’ll explain because it is Mercury Retrograde season, after all.

Friends, I never, ever, ever want us to be in a situation where the mole people, or the aliens who have been watching us from above, decide to invade our fair planet and the only thing holding the invaders at bay is a trivia contest for the control of said planet and its people (you’d think it would be a feats of strength type of thing, but mole people and aliens are a bit more evolved than that.) How silly would you feel if the fate of Earth and humanity hung on your shoulders and you were asked, “Who was Bradley Cooper seen having lunch with that one time?” and you didn’t know the answer was Laura Dern.

Yes, I know. Pretty flipping silly, right? So I keep fighting the good fight and doing my part to save humanity by telling you who B. Coop may or may not be dating or eating food with. No need to thank me, the safety of the human race thus far is thanks enough.

Until next time, friends. Stay vigilant. Be on the lookout for who Bradley Cooper is seen next with. Our lives may just be in your very hands.