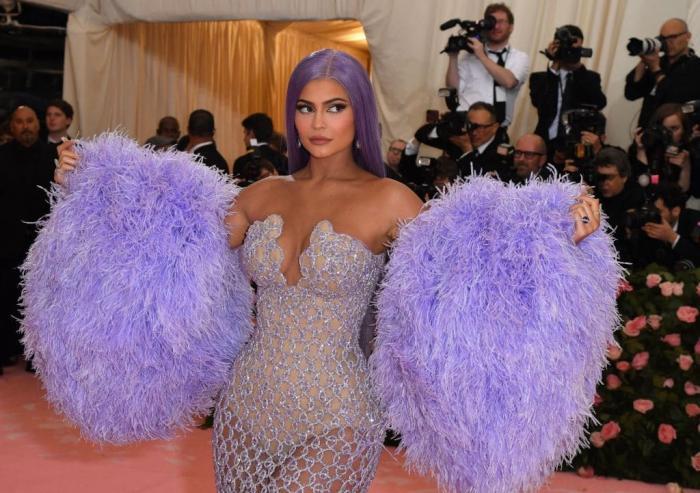 One of the many fun things about being stupidly rich is that you can basically do whatever the hell you want. If you’re from the Kardashian-Jenner clan then you probably have a particular skill for turning your ability to do whatever the hell you want into a highly profitable commodity. For Kylie Jenner, who some people continue to insist is the ‘first self-made female billionaire’ (she’s not), this means she can say a phrase used every day by most people around the world, turn it into a merchandising opportunity, and submit a trademark application for it. Yes, capitalism is awful.

But first, some background.

Last month, Jenner gave a vlog tour of her Kylie Cosmetics offices. At the end, she goes into her daughter Stormi’s playroom to wake her up, singing the phrase ‘rise and shine’ in a vaguely dramatic manner.

Now, I’m 29, which means I’m practically prehistoric to the Generation Z Tik-Tok users who turned this into an increasingly surreal meme. I don’t get it but a lot of people did and it went very viral with plenty of weird remixes and further signs of how increasingly out-of-touch I am with the youths.

Jenner saw the buzz and smartly decided to monetize it, turning it into a hoodie that instantly sold out. It’s a pretty savvy move to turn an embarrassing moment into a cash cow. Kim Kardashian did it and then some when her infamous OTT cry-face became one of her hottest commodities, slapped on everything from emojis to iPhone cases and clothing.

Jenner must be keen to continue milking this opportunity because she has submitted a trademark application to cover merchandise using the phrase ‘rise and shine’.

If the trademark application is accepted, it would be applied to dresses, jackets, socks, and even cosmetics, according to the filing. She’s not the only one who is trying to get the trademark on this phrase and variations of it, so there’s a solid chance the application will be rejected. Still, that hasn’t stopped the backlash from being swift.

MTV Australia reported earlier this month that a small business owner in Australia’s Gold Coast told a local newspaper that she received a cease and desist letter from Jenner’s lawyers over shirts they sold with the phrase ‘Rise and Shine.’ MTV has since deleted this post, suggesting the reporting was a tad subpar, but Jenner still took to Twitter to deny this.

guys, please don’t believe everything you read. I have not sent any Rise and Shine cease and desist letters. 🤦🏻‍♀️ Rise and Shine was an unexpected moment.. I had a lot of fun with it, and I have laughed so hard seeing everyone’s memes since the video came out a few weeks ago..

there are no law suits, no cease and desist letters. Happy Sunday

So there you have it. Kylie Jenner isn’t suing anyone or demanding they remove t-shirts that use a phrase she’s trying to copyright. Granted, if she does get that trademark approval to have exclusive rights to the phrase for clothing, is it so unreasonable to imagine her team might actually start sending them out? We saw this happen with #Cockygate, if you remember that whole shebang.

← Does John Bolton Want to Be the Nail on the Coffin of Trump's Presidency? | Twitter Reacts to the Right-Wing US-Backed Coup That Just Took Place in Bolivia →