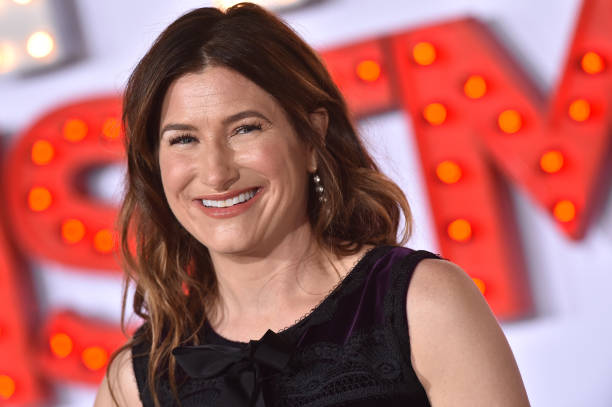 Kathryn Hahn and Sarah Silverman Have Ended Their Feud

Several years ago, Kathryn Hahn played Rabbi Raquel on Transparent — that Emmy-winning show where Jeffrey Tambor — a man playing a trans woman — was eventually fired from. I loved Transparent, which — Tambor’s casting aside — was so far ahead of so many other shows for its time. What I loved most about Transparent, however, was just how profoundly Jewish it was, and much of that had to do with a character named Rabbi Raquel. I won’t get into this story now, but suffice it to say, Rabbi Raquel literally changed my life in very impactful ways.

Rabbi Raquel was played beautifully by Kathryn Hahn. The Emmy-nominated performance is one of my all-time favorite performances. It was breathtaking. It was transformative. There’s just one problem with it: Kathryn Hahn is not Jewish.

Nobody made much of a big deal about that at the time (it was a critically acclaimed but little-seen streaming show in the pre-streaming era), but over the years, Jewish people have become more outspoken about “Jewface” — Rachel Brosnahan’s (again, brilliant) performance as the title character in The Marvelous Mrs. Maisel is often singled out, as is Felicity Jones as Ruth Bader Ginsberg in On the Basis of Sex.

The issue of Jewface got a lot of attention last year when, again, Kathryn Hahn was cast as Joan Rivers, and one of the people most outspoken about it was Sarah Silverman. She called the casting “f**ked up” and called the practice of casting non-Jews as Jews “unacceptable.”

“In a time when the importance of representation is seen as so essential and so front and center,”Silverman said, “why does ours constantly get breached even today in the thick of it?”

Much of Silverman’s ire was indirectly aimed at Hahn, and Hahn — a veteran character actress who has been nothing but beloved for her entire career — got an earful on social media. A month later, however, the project fell apart because Showtime was unable to secure the life rights for Joan Rivers from her daughter, Melissa. Kathryn Hahn will not be playing Joan Rivers now, and as much as I love Hahn, this is probably for the best.

However, there was still the matter of the “feud” or “beef” or whatever you want to call it between Sarah Silverman and Kathryn Hahn. On Silverman’s podcast this week — where she’s been addressing a lot of antisemitism lately — Silverman said that she and Hahn put their issues to rest after they bumped into each other in the parking lot outside of the studio where they both were doing voices for Bob’s Burgers (Bob’s Burgers is the great uniter!).

“We had a total f**king ‘come to Jesus.’ It was awkward and comfortable and kind of wonderful, and we both felt so many feelings,” she said. “I love her so much, and she did nothing wrong, at all. She is a brilliant actor who plays many kinds of roles. A bunch of them happen to be Jewish in a time when I was noticing out loud on this podcast that Jewish actresses rarely get to play Jewish-centered roles, and it’s weird, especially in this time when representation is so front and center.”

“Each of these non-Jewish, gentile actors and actresses are just that. They are actors. Actors act … there’s no bad guy here, other than all of us as a society. The request was just to notice.”

“Anyway,” Silverman continued, Hahn got “tons of shit after I talked about it on the podcast and it was awful for her and that was not what I intended but certainly what I caused. I am responsible for her having a very hard time for a while there and I feel f**king awful about it. She is so special, so wonderful, so brilliant.”

“I still stand by what I said — I still think this stuff is worth noticing. But obviously, there’s a lot of grey area and it’s messy and the point is: Bumping into her was important. For me. And I was able to see the detritus left behind by my words. I just feel awful because boy, is she someone who does not deserve to feel bad about her work.”

“She was so gracious and she totally gets it and she was supportive of what I was talking about, but also grappling with this guilt of the crime of being an actor committing the crime of earning actor roles. I felt like shit. She felt awful. We got to the other side of it together … It was kind of lovely. I adore her work. I adore her as a human. This stuff is messy.”

Silverman also added that she recently got to play the role of an actual Jewish woman in a film. She didn’t say what film, but I suspect it is Maestro, which stars … Bradley Cooper (not a Jew) as Leonard Bernstein (a Jew).

“This stuff is messy,” indeed.