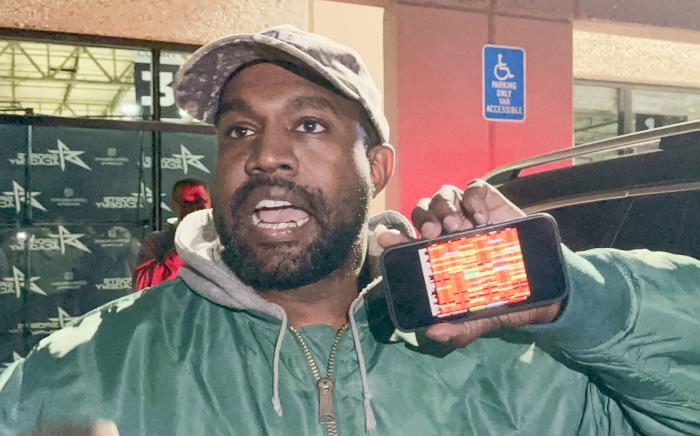 Kanye West Is No Tragic Figure

I’m going to have to use the word “tragic hero” a lot of times in this essay-thingy, which is annoying because the whole point I’m trying to make is that Kanye West isn’t worthy of either that noun or that modifier. But just so we are in the same page, when I say “tragic hero” I’m referring to its Classical definition: Outstanding, virtuous characters who fall prey to their worst traits and are ultimately doomed despite doing what they think is their best effort because — blinded by their hubris — their best efforts are actually dooming them. In defense of the OG Tragic Heroes, they’re usually facing an unescapable fate ordained by that dysfunctional bunch of c*nts that is the Greek Pantheon.

Do I need to summarize what Kanye West has been doing over the last … six or seven years? Nah. In the words of a problematic but mostly decent comedian, pass. Instead, you should watch the two-part video essay by F.D. Signifier on Kanye’s downfall, plus a more recent unscripted take on why he’s beyond redemption. His essay argues that Kanye, ostensibly, is performing a heel turn, but for real and not for kayfabe. It’s moving and insightful and reminds us why it feels like this one, in particular, is such a loss.

Moreover, F.D. Signifier dissects his career arc from his perspective as a former fan and as a Black man, something I won’t be able to do as a more casual fan and a white Latino.


Whatever happens to Kanye’s career going forward, I am dreading the framing it will be given by the media and the unnuanced, online discourse. I am cautiously optimistic that he is going down; he went too beyond too far. But saying that, ironically, intersects with the very antisemitic discourse he’s been peddling: That Jewish people are untouchable because they control the media. Any consequence you face for saying the vilest speech about Jewish people proves the point the fascist is trying to make; fascism lives on those kinds of paradoxes.

However, we can also see Kanye’s anti-Jewish turn as the logical outcome of all the hatred he has been spewing over the last few years, which is almost predictable considering the way he turned his back on the Black community. As F.D. Signifier argues, he started seeking the approval of white people, more specifically, white consumers. Ever since he started on that path, no one put him in check, every clout-chasing podcaster booked him on air and the entirety of the GOP embraced him as the sole, A-list useful idiot they had in their camp. All of this was predictable. None of this could be chalked up to his mental health issues. Bipolarity did not make him a fascist, bipolarity did not make him thirst for exposure, bipolarity did not make him creative, bipolarity did not make him bring Marilyn Manson on stage during those listening parties for Donda. No, as with almost every other mental disorder, Kanye’s only revealed that beneath his unquestionable creative genius, there is nothing else but an empty, unexamined person, one that has embraced contrarianism as his sole driver. To paraphrase F.D. Signifier, as Society becomes more progressive, more tolerant, and more critical of its structural foundations, Kanye defined himself by embracing fascism as a pose, embraced patriarchy (the same man who once was the first mainstream rapper to support LGTBI+ people) and embraced the most fanatical, narcissistic branches of Christianity. He did all of this to stand apart on a merely aesthetical level, powered by the energy of the white teenagers posting the n-word on Elon’s Twitter.

Contrarianism will always be an empty philosophy; it’s just an algorithm that only responds to whatever the opposite of the input is. You cannot build principles from that, you cannot build taste from that, you cannot interpret the world with it. In here we find the worst part of that algorithm: It won’t allow you to be wrong. With any other philosophy, your foundations might be more or less suitable to process reality, but at the very least, they are always being tested. Contrarianism does not allow for that, you are only as right as the number of people who follow you. You are only as right as you are relevant or as you have power. Ultimately, it guarantees that at some point in time, you will bet on the wrong horse, maybe once you were able to set trends from going against the current, but eventually, you will be washed away by an even bigger tide.

That’s what’s been happening to Kanye. There is nothing tragic about that. The contrarian algorithm is so devoid of everything that it doesn’t even come with hubris. Principles might come with those fatal, Tragic Flaws, but algorithms don’t; they only reflect those of their developers. Or of those who use them unthinkingly.

Kanye is not a tragic figure, much less a tragic hero. He’s too rich to be a victim of America’s structures of oppression (contemporary equivalent of Ancient Greece’s c*nty gods), he’s too educated not to be aware of what the ideas he’s pushing entail, he’s too cogent (again, paraphrasing F.D. Signifier) in his reasoning to be a victim of his mental condition, he is too narcissistic to be blinded by hubristic arrogance, he is too aware of the impact his rhetoric has. None of that makes him a tragic figure, it only makes him a villain, an empty creature.

His career path is also not a tragedy because he isn’t sabotaging himself with his decisions. There is no My Beautiful Dark Twisted Fantasy 2 that can erase the fact that he is now a threat to global security. That he is a potential stochastic terrorist and that what he’s been saying will, most certainly, embolden fascist attacks against Jewish people. As the GOP’s prime useful idiot, he’s revealing their true nature. It does raise a question: Is the GOP’s swift turn to anti-semitism their new stage, and is Kanye there to help lead the way? Or is Kanye, ironically, the trendsetter here?

The narrative function of the tragic hero is to elicit, in seeing their downfall, the audiences’ catharsis and more importantly empathy and sympathy, making us say “that could be us.” But a Kanye? I might give them my empathy, but they do not deserve an ounce of our sympathy. At this moment in history, with so much horror going on that it could deplete our reserves of sympathy, we need to use it wisely, where it matters. I’m already sick that there are so many Tragic Heroes; I don’t care at all for who just f**ked around to find out.

Alberto Cox will soon start a Mastodon or something, but in the meanwhile… he’s not endorsing you impersonate Kanye or Milo on Twitter, he’s just saying it’d be very funny if you did.